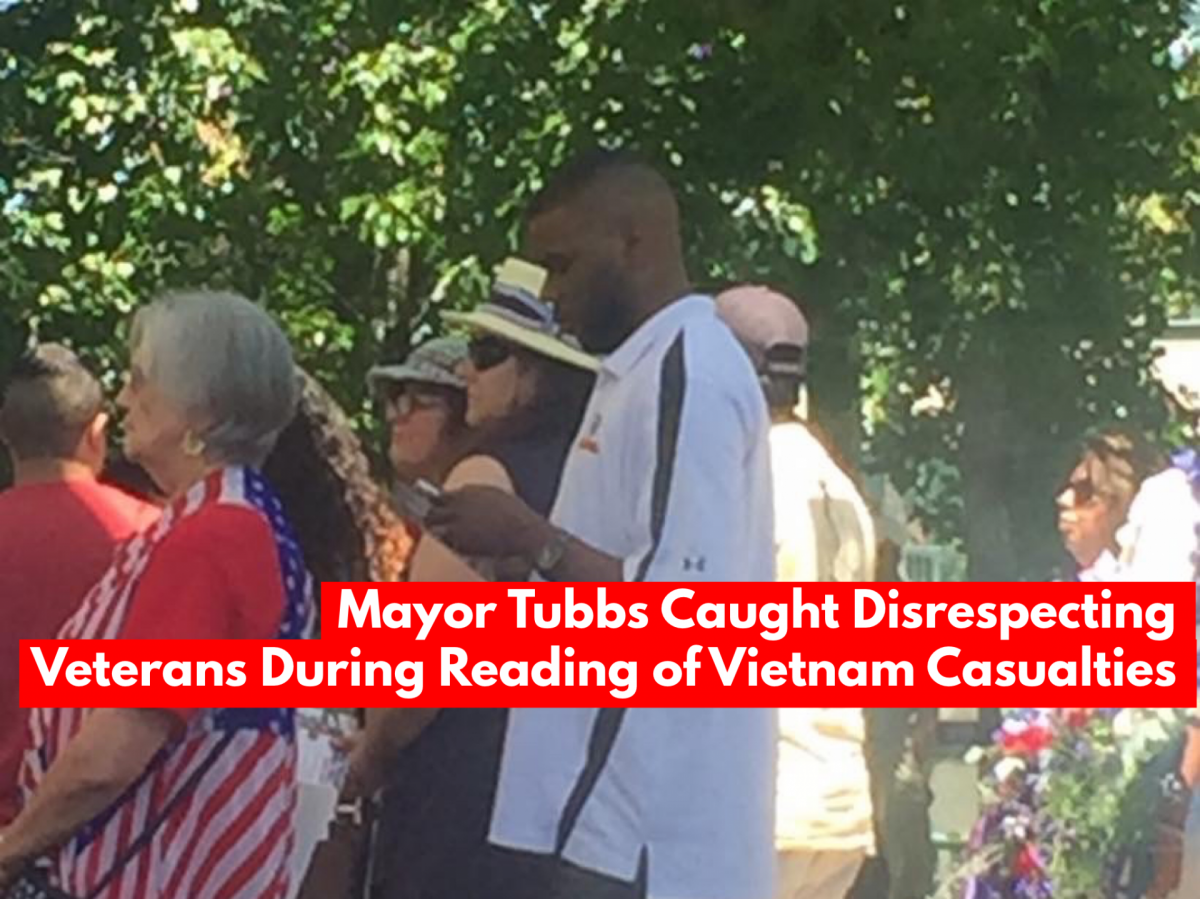 STOCKTON- In what appears to be the modus operandi for Mayor Michael Tubbs, video has emerged of him completely ignoring the reading of names for lives lost from the area during the Vietnam War at a ceremony in front of the Veterans of Foreign Wars hall in 2017. In the video he can be seen playing on his phone rather than showing respect as everyone else is in the audience. Following his lead, his assistant Cameron Burns of Carlsbad, can be seen doing the same.

This is not the first time his behavior has shown to be less than respectful towards veterans. At the opening ceremony the Vietnam Moving Wall in 2017 he showed up dressed casual despite being the spokesperson for the City of Stockton, and was photographed doing the same thing both during the opening ceremony and the reading of the names of casualties. When confronted by Jenny Faye-Klooster, the grand daughter of Iwo Jima and Chosin Reservoir battle survivor Marine Corps veteran Gunnery Sergeant Salisbury, instead of correcting the behavior he became combative with her according to her account and that of other witnesses.

Meanwhile he was tweeting during the same time as evidenced by time stamps on his Tweets including this one pretending to be doing the opposite of what was actually taking place.

During his tenure as mayor, Tubbs has had several issues with publicly ignoring constituents during public city council meetings and being disrespectful towards members of the public including the mother of a man killed by police, the president of Richmond’s Police Union, a woman he told to take her “meds and come back next week, and other council members asking questions about programs like Cash for Criminals that he was pushing.