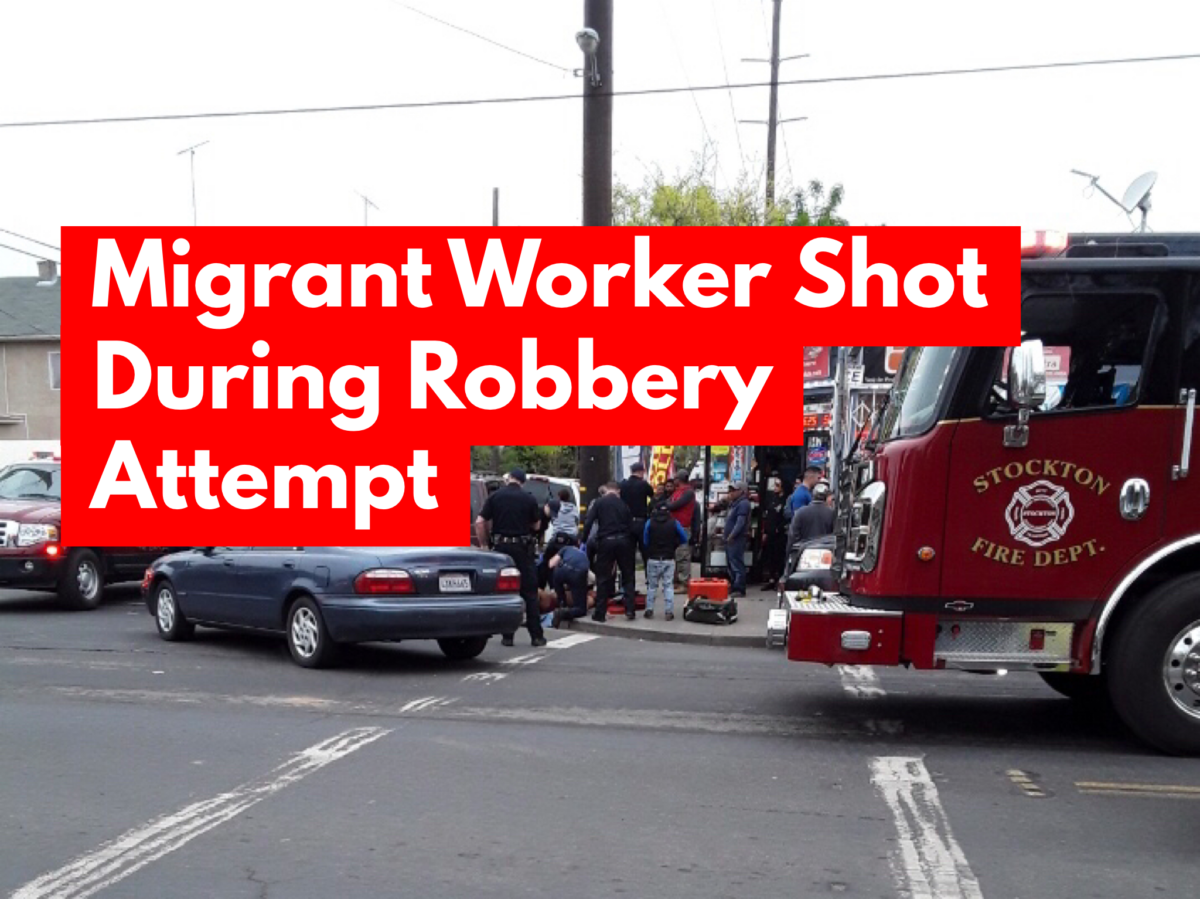 STOCKTON- At approximately 4:20pm man was shot during an attempted robbery at Tony’s Market on the corner of California and Anderson Streets in south Stockton.

Witnesses say the man was part of a group of seven workers just getting back from a day of work. As the group entered the market, the victim was following behind when the suspect was exiting. According to eye witnesses the suspect grabbed the victim and demanded he give him all of his money. The worker then tried to get away and was shot.

Police and first responders arrived on the scene to attend to the victim and transport him to a local hospital. He is expected to survive his injuries. Police are actively looking in the area for the suspcect described as a Mexican male between ages 18-20 years old.

UPDATE: The suspect was apprehended by SPD thanks to several tips from the community.