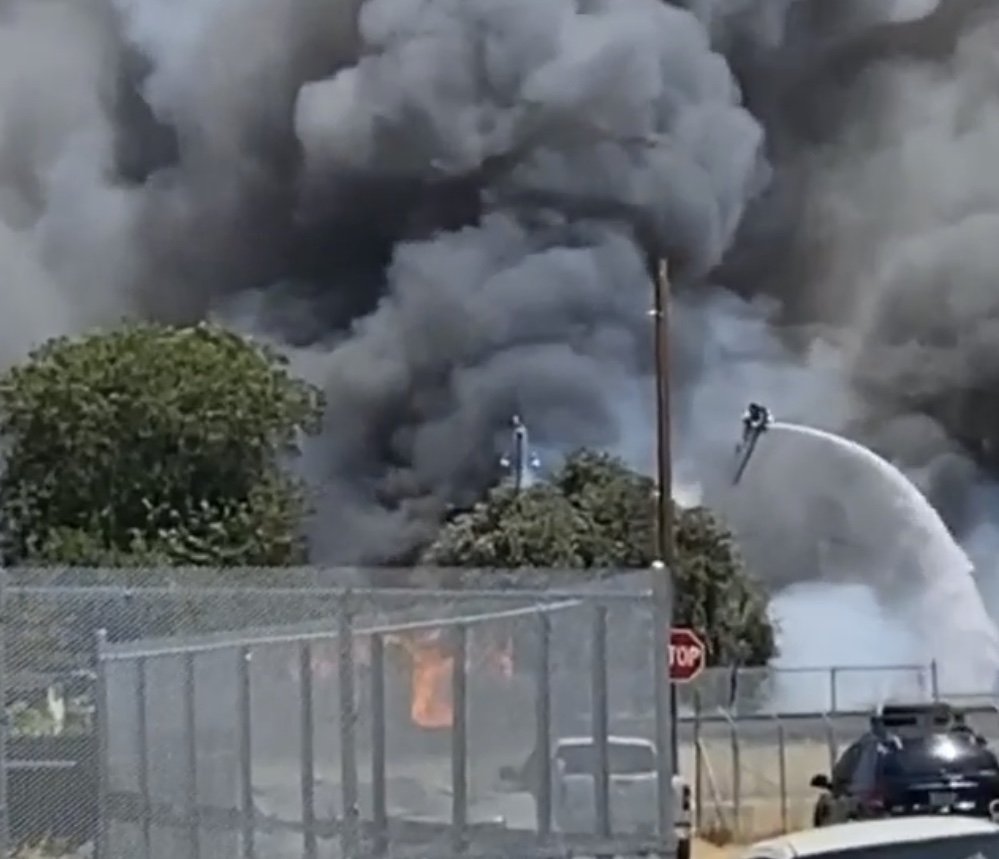 STOCKTON- Fire fighters are struggling in the heat to get a fire under control that was reportedly started by homeless transients cooking near train tracks behind homes and has now spread to 8 homes on Berkeley Ave off of West Lane near Alpine Ave. The neighborhood has been evacuated.

The fire is so big that ash and embers have reportedly caught the nearby cemetery on Alpine Ave on fire. People at the cemetery were evacuated by security.