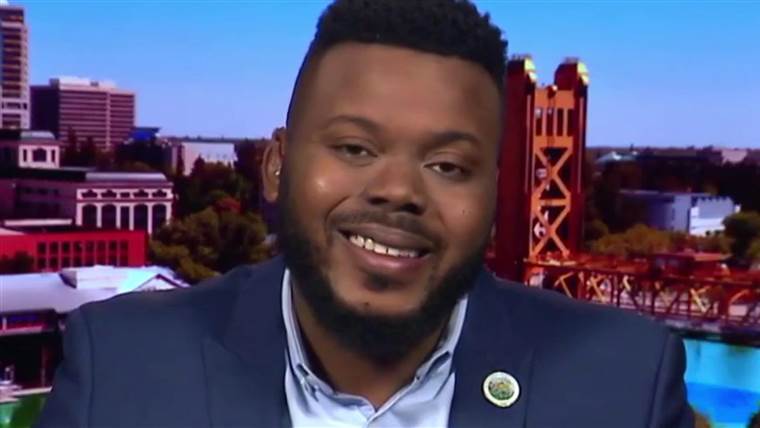 I sent the below letter and similar texts to you on November 18th. Several days have passed, and you have failed to respond. This letter will now be posted on 209 Times so the public can be informed about your behavior.

Please allow me to remind you of the most basic premises of 1090 GC. You demonstrated an understanding of this law when you recently appropriately charged former mayor Silva with it, albeit this was a save face alternative to cover the irrefutable fact your office could not prove the original false charge of embezzlement.

When Sheriff Moore’s office sold and then purchased departmental and evidence guns at “substantial discounts”, as on 3/28/17 you personally admitted in writing occurred, that fulfilled the elements of 1090 GC. You lied to the public when you purported that this was somehow “not illegal”. It was later discovered by 209 Times that your office also was receiving discounts from Adamson Police Supply in Hayward, the very same gun dealer Sheriff Moore was laundering gun through. You failed to notify the public and we assume the FBI, ATF, US Attorney and State AG of your own blatant conflict of interest. If you did notify these agencies you were receiving discounts from Adamson Police Supply, we then must assume those agencies are complicit in your office’s own criminal behavior. (We know then State Attorney General Kamala Harris’ public information officer lied to us in the past, so we are weary of even the supposed watch dogs.)

Today Mayor Tubbs is using his mayor position, city resources, city travel expenses (Cameron Burns) and city staff time (Max Vargas/Daniel Lopez) to enrich a non-profit that he founded and chairs. As you know or should know, such behavior is expressly prohibited by 1090 GC and associated case law. Reinvent Stockton and its related subsidiaries has raised millions of dollars from anonymous sources and even from a developer that has benefitted from Mayor Tubbs’ zoning voting record. Contracts that have financially benefited the Reinvent Stockton Foundation, Mayor Tubbs and Lange Luntao (apparently both verbal and written) have been purposely made outside the watchful eye of the California Public Records Act.

Mayor Tubbs’ best friend, Lange Luntao, is both an SUSD School Board President and the paid executive director of the Reinvent Stockton Foundation. Both have publicly taken credit for raising at least $20 million, $16 million of which has never been disclosed on California Form 803. Based on laws associated with 1090 GC, contracts between SUSD and Reinvent Stockton Foundation are now not only illegal, but must be cancelled. Luntao recused himself from the vote on the contract, but 1090 includes influence over or negotiations of any contract, which as executive director and board president surely he’s done.

Furthermore Lange Luntao and a Reinvent Stockton employee, who sent emails from ReinventStockton domain announcing himself as an intern from “the office of the mayor”, pressured Lincoln Unified to support a cannabis tax that would be earmarked to fund Stockton Scholars, with a quid pro quo offer of Stockton Scholar eligibility for Lincoln students. This is blatant criminal behavior on several levels.

In fact the wife, Candelaria Vargas, of Tubbs’ city staff assistant Max Vargas, is also now a voting SUSD board of trustee member who voted on that contract under the leadership of Luntao.

The fact that you are refusing to acknowledge, much less investigate, blatant violations of 1090 GC in the case of both Sheriff Moore and now Mayor Tubbs suggests that you are unfit to hold public office. We should mention we have not forgotten that you failed to prosecute Mayor Tubbs for his 2014 DUI, where he blew an astonishing .137 BAC.

Do you agree an audit of and accounting of all city resources including staff hours spent on Reinvent Foundation is warranted or not? Considering all the overwhelming evidence of malfeasance, your refusal to answer suggests you do not want to see what such an investigation would reveal. We think you already know it involves a staggering amount of money.

209 Times is therefore requesting for your immediate resignation and for an interim district attorney to not only investigate Mayor Tubbs and School Board Trustee Lange Luntao for 1090 of Government Code, but also investigate the Office of the District Attorney for their and your own conflicts of interest related to your own blatant pattern of selective prosecution.

We also feel your pattern of selective enforcement, especially in cases where your office has clear conflicts of interest, should solicit a review of your State Bar license.

As your “political integrity unit” knows, or should have known, when Mayor Tubbs voted on Nov 5th regarding the Spanos Park West agreement, he was voting on something that impacted a major contributor to a non-profit that the Mayor exerts considerable control over. In fact, Natalia Orfanos, who is the
“Director of Communications and Special Projects A.G. Spanos Companies” even sits on Reinvent Stockton’s board, as does Mayor Tubbs.

Your silence is deafening.