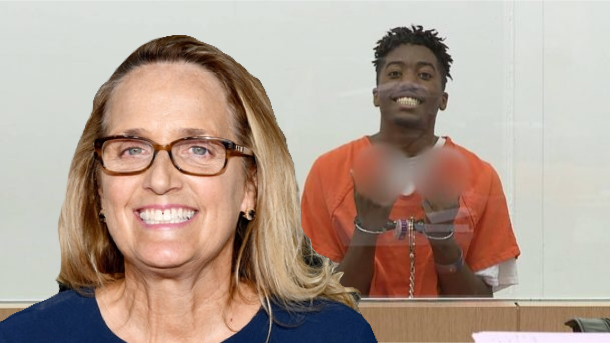 Just last August when the 18-year-old estranged son of a California police chief smiled and flipped people off in court as he made his first appearance over charges of assaulting a 71-year-old Sikh man, we thought common sense suggested he was not a good candidate for somebody who should be let out of jail within a year.

Yet in a plea agreement your office infamously brokered, Tyrone McAllister plead guilty to an attempted robbery count and on Dec. 11, 2018, was sentenced to a year in the county jail and placed on five years probation. The elder abuse charge was dismissed. With credit for time served, he was released from jail by the end of June 2019.  We questioned your thinking then, we question it even more now.

This Wednesday Tyrone McAllister was charged with special circumstance murder in the Aug. 20 robbery-fatal shooting of a man in Oakland.  We would like to say we are surprised, but past behavior often is the best indicator of future behavior.

A second man, Dennis Evans, 28, was also charged with special circumstance murder in the killing but according to court records, it is Tyrone McAllister that is the actual suspected shooter.

The two men are also charged with robbing another man in East Oakland a few hours before the killing.

You have proudly proclaimed your office has developed a “restorative justice” program that has within its program seen criminal recidivism drop from “70% to 5%”.  You later adjusted that figure to an even more incredible 4%.  Since you refuse to provide the data as to who participated in the program, or how long of an evaluation period you used to determine criminal desistance, we don’t know if you considered Mr. Allister as part of one of your purported success stories.  We also do not know how this murder impacts your overall recidivism rate calculations; calculations, that nobody in law enforcement that we speak with understands or believes.

We have incessantly asked for the perimeters of how your latest restorative justice program will be implemented, but despite your office already receiving $5 million in state grant funding and you proudly claiming you have already been doing “restorative justice” for 3 1/2 years and has “data to prove that it works”,  you on the other hand say the program is only in its “developmental stage” and therefore you can’t give us the perimeters we have requested per the California Public Records Act.

In retrospect, do you think the plea deal your office gave Tyrone McAllister served justice and public safety well? Will this experience have any impact on how you view plea deals and/or who should be eligible for your “restorative justice” in the future?