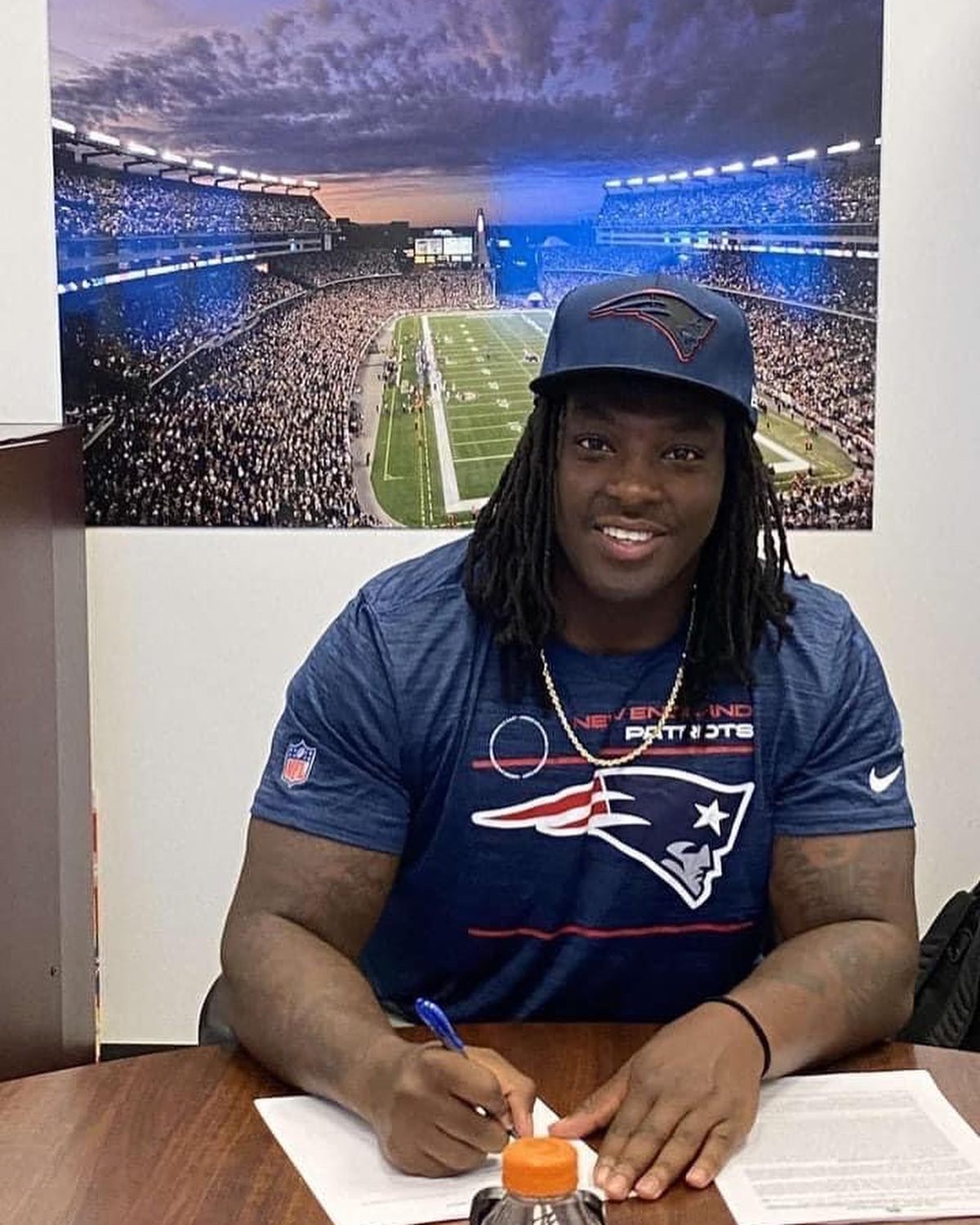 Jeremiah Pharms Jr, who graduated from Stagg High and is now a Patriot in the NFL.

“The New England Patriots announced that they have signed DL Jeremiah Pharms Jr. Terms of the contract were not announced.
Pharms Jr., 25, played in the USFL this past spring for the Pittsburgh Maulers, finishing with two sacks and 32 total tackles. The 6-foot-3, 275-pounder began his college career at Sacramento State as a linebacker before finishing his career at Friends University as a defensive lineman. He had 14 ½ sacks at Friends University as a senior.”

Pharms made the following statement on his social media:

““I would like to thank GOD for blessing be with the abilities to play this game and the opportunity to show them at the highest level. I would like to thank moms for pushing me an supporting me all the way in every way when she didn’t have to. My daughters for putting that drive in me to provide for them an my future wife for being patient wit me I told her it was gone happen and she waited. My trainer James tabor with P.I.A. An my close fam an friends for being there an pops for opening doors for me on this journey. I’m almost where I want to be so I got to keep working.”