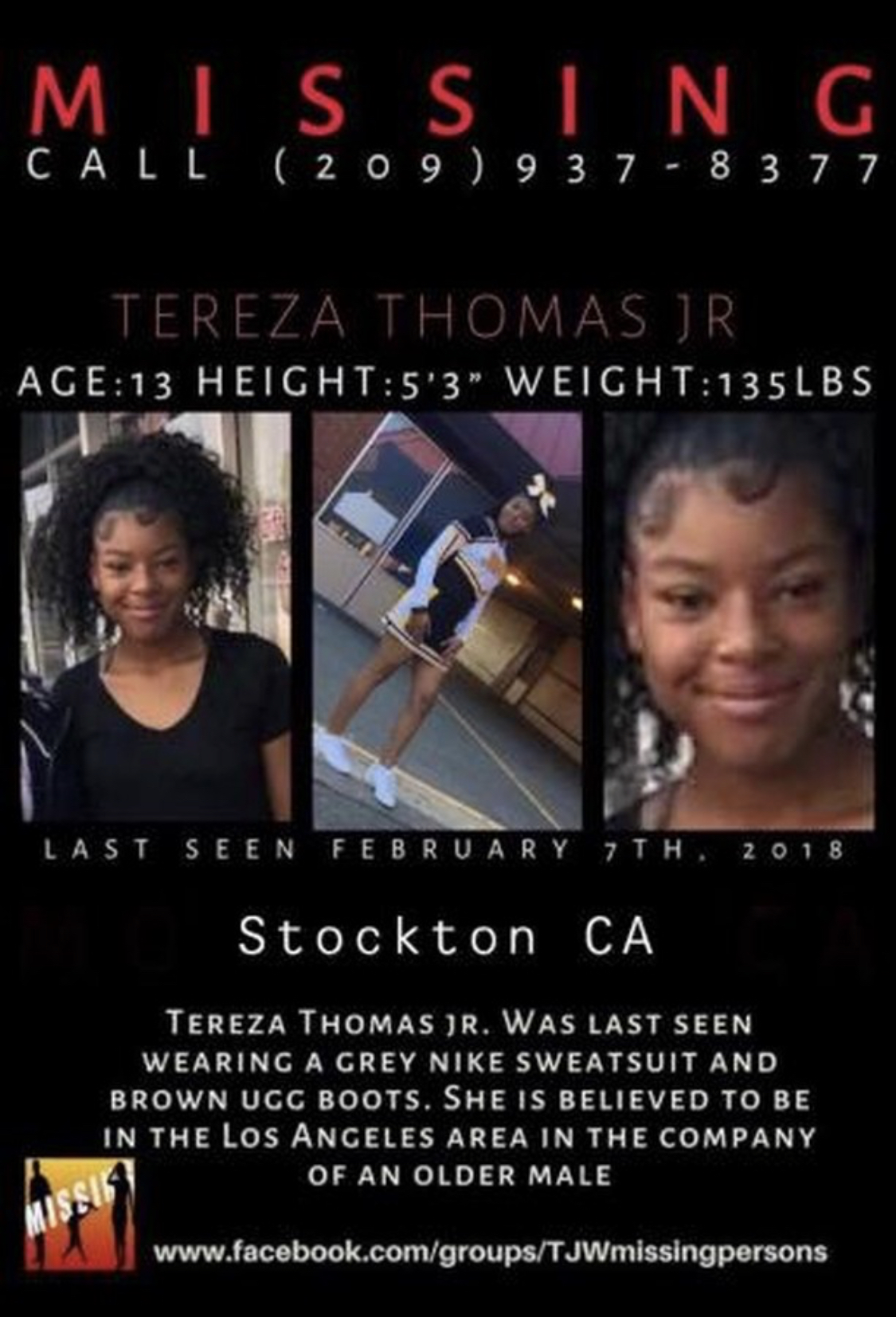 BREAKING 2/11/19, 9:10: Stockton PD is announcing that Tereza Thomas has been found by another law enforcement agency in Stanislaus County and released to a family member, but are providing no additional details at this time.

Police confirmed earlier today with us that they had spoken with Melvin Goree who was a person of interest and that he was released, but provided no further information. He was not charged with any crime.

She was declared missing February 7th while reportedly staying at her grandmother’s house and left unannounced in the middle of the night with people unknown to the family. Stockton PD released an announcement February 8th.

Several sources reported seeing her in Modesto and her mother claimed publicly that her daughter was being coerced against her will by stranger adults and posted pictures from her daughter’s still active social media.

Her mother, also named Tereza Thomas on social media continued to seek the public’s help, as well as organizations for missing children.

Melvin Goree was named by law enforcement and the mother as a person of interest. His father, also named Melvin Goree, posted on Facebook adamantly denying any wrongdoing by his son claiming the girl’s mother and her son are acquainted. Stockton PD confirmed he was contacted by police, interviewed and released.

More details are not yet available in this story, which seems convoluted , but the minor has been found safe.