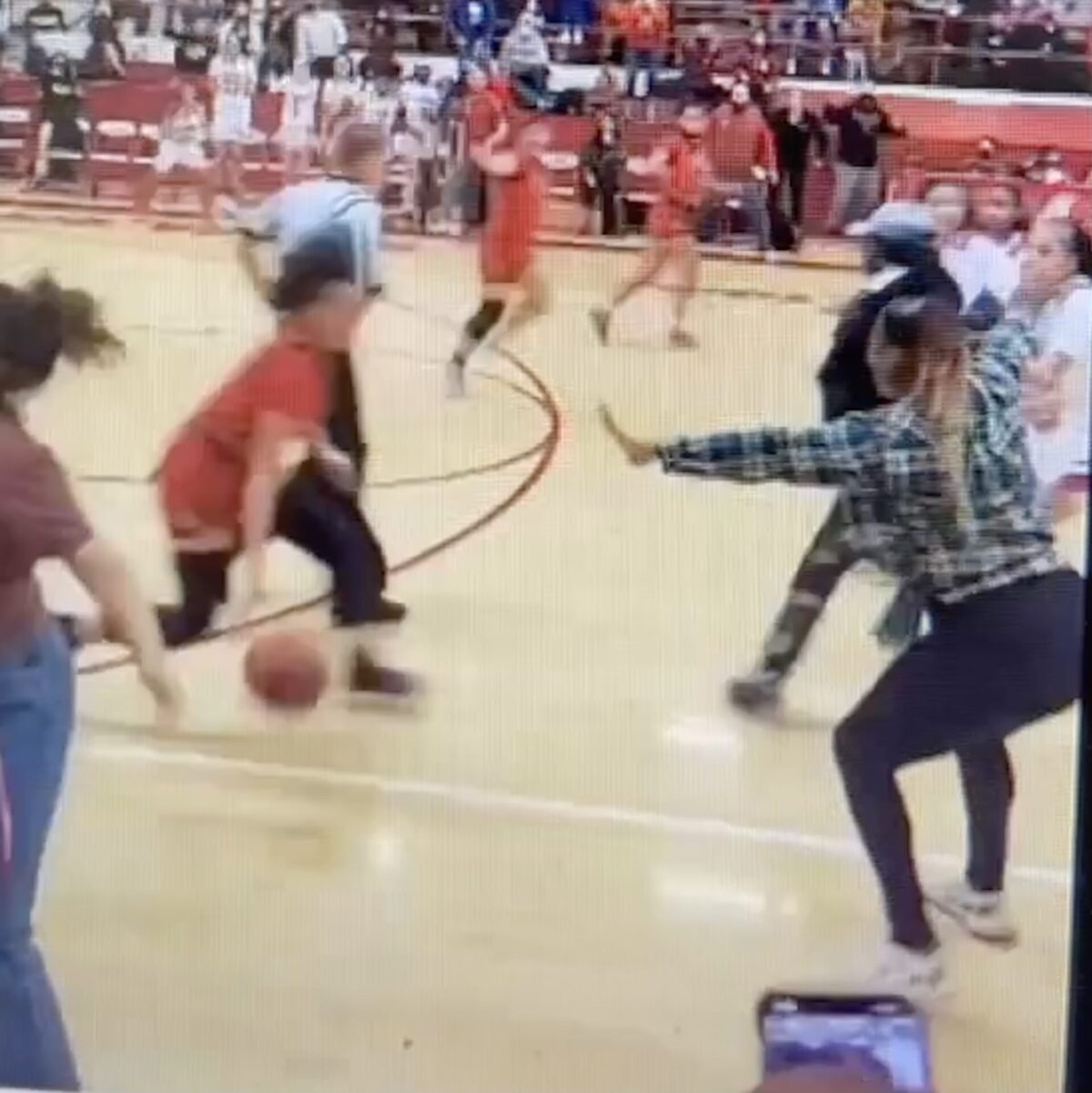 SACRAMENTO- During the last seconds of a major girls basketball playoff game between Lincoln at McClatchy High School, with the score tied 66 to 66, McClatchy’s Tamaria Rumph scored a go ahead layup leaving 7 seconds for the Lincoln Trojans to have the opportunity to respond.

But, instead of the game being decided by athleticism and a final shot, the competition was interfered with by fans (and possibly parents) rushing onto the court! Over half a dozen fans can been seen on the court effectively blocking any chance for Lincoln Girl’s Team from getting to their side of the court and attempt to score. In the one of the photos you can see two McClatchy fans appearing to play defense against the Lincoln player, Junae Mahan, advancing the ball and being forced to avoid them right in front of the referee.

Lincoln High School coaches, players, parents,  and fans are now understandably upset and crying foul. “The referees failed to keep control of the game until the final buzzer and our team was essentially robbed of a fair competition”, says Lincoln High Head Assistant Coach O’shalique Bass. “This situation is so disheartening on so many levels for our girls who worked hard to ensure themselves a fair shot to be in the CIF playoffs. And our seniors to get robbed of their season due to out of control fans and referees that failed to make the right calls. Our Girls deserve better”.

The Refs could have called a technical foul on the crowd for interference and reset the game clock, which would’ve allowed Lincoln the opportunity to score fairly. Instead the game ended without penalty, cheating the Lincoln High girls basketball team of their chances to advance in the playoffs.

No officials from either school or the CIF have made any public comment on the matter.