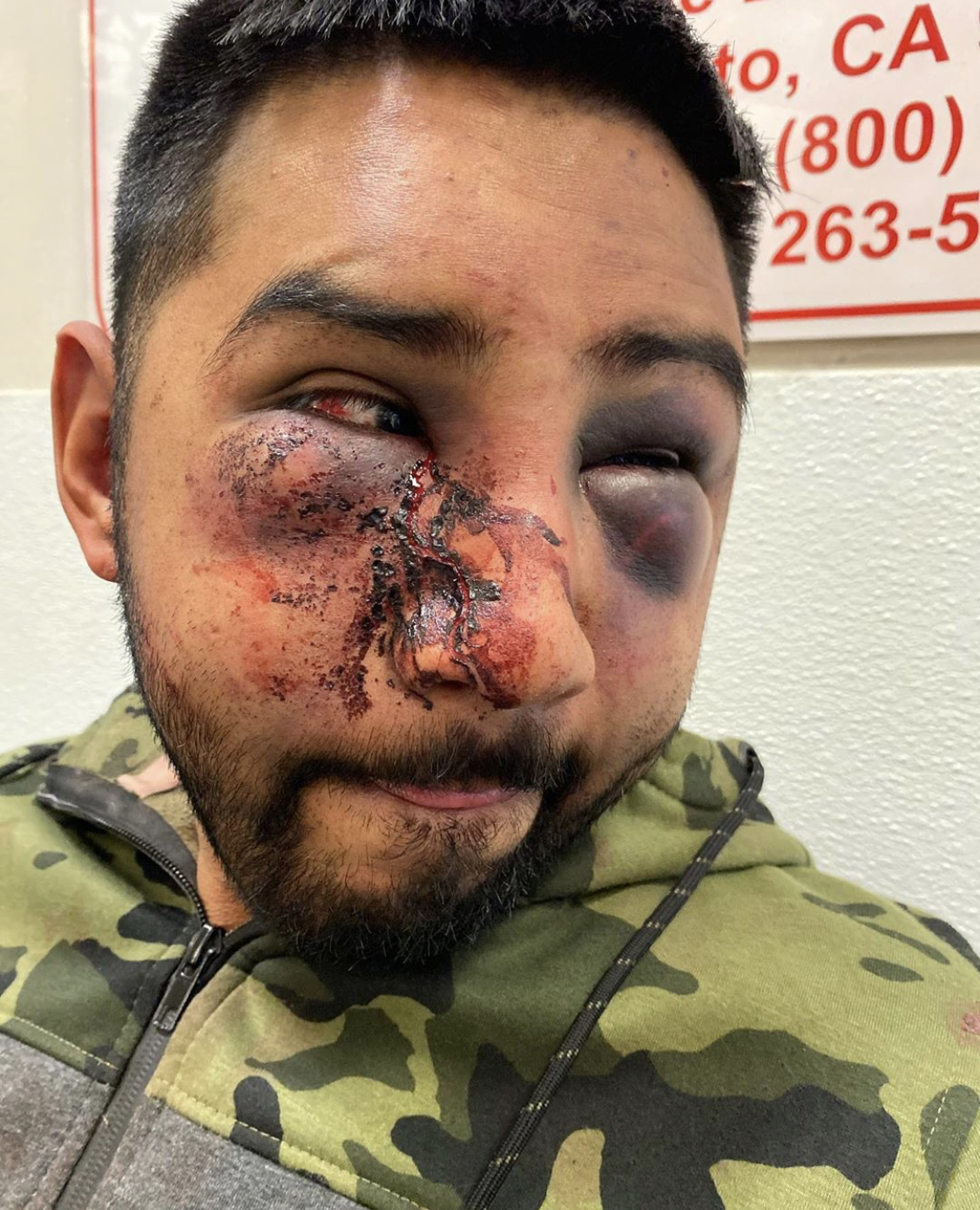 STOCKTON- Jacob Servin, in a post on Instagram, says he was almost killed by three Stockton police officers in a racially motivated attack and brutal beating. We have interviewed him and are also reaching out to Sheriff Pat Withrow. We’ve so far been able to establish that it was not Stockton Police, but rather San Joaquin County Jail Correctional Officers who allegedly did this to him while in custody at the county jail. The last photo is reportedly his booking photo, which shows no such damage meaning it would have had to happen in the jail after booking as he claims. He was taken in shortly after midnight after a fight broke out at Basils Bar near the Hilton in north Stockton. Such a beating while in custody is highly unusual so if all facts check out we anticipate there will be more actions taken including legal. According to Servin the attack was a reaction of three white officers who he says he was making smart remarks to, “ but nothing to deserve almost being killed”. We are working on getting the full story and will update as soon as we can.

“The Administrative Review process has started and this is an active investigation.
We did receive Mr. Servin from SPD with no apparent visible injuries on 12/2/19. I have contacted Jail Administration and received info that Mr. Servin was combative during the booking process…At this time I do not have access to reports or video.”

“On December 1, 2019, around 11:00 pm, Stockton police officers arrested Jacob Angelo Servin, 29, for being drunk in public near Basil’s in the 2300 block of Grand Canal Blvd. Servin was transported to the San Joaquin County Jail with no apparent visible injuries and turned over to custody officers.” – Joseph Silva, Public Information Officer