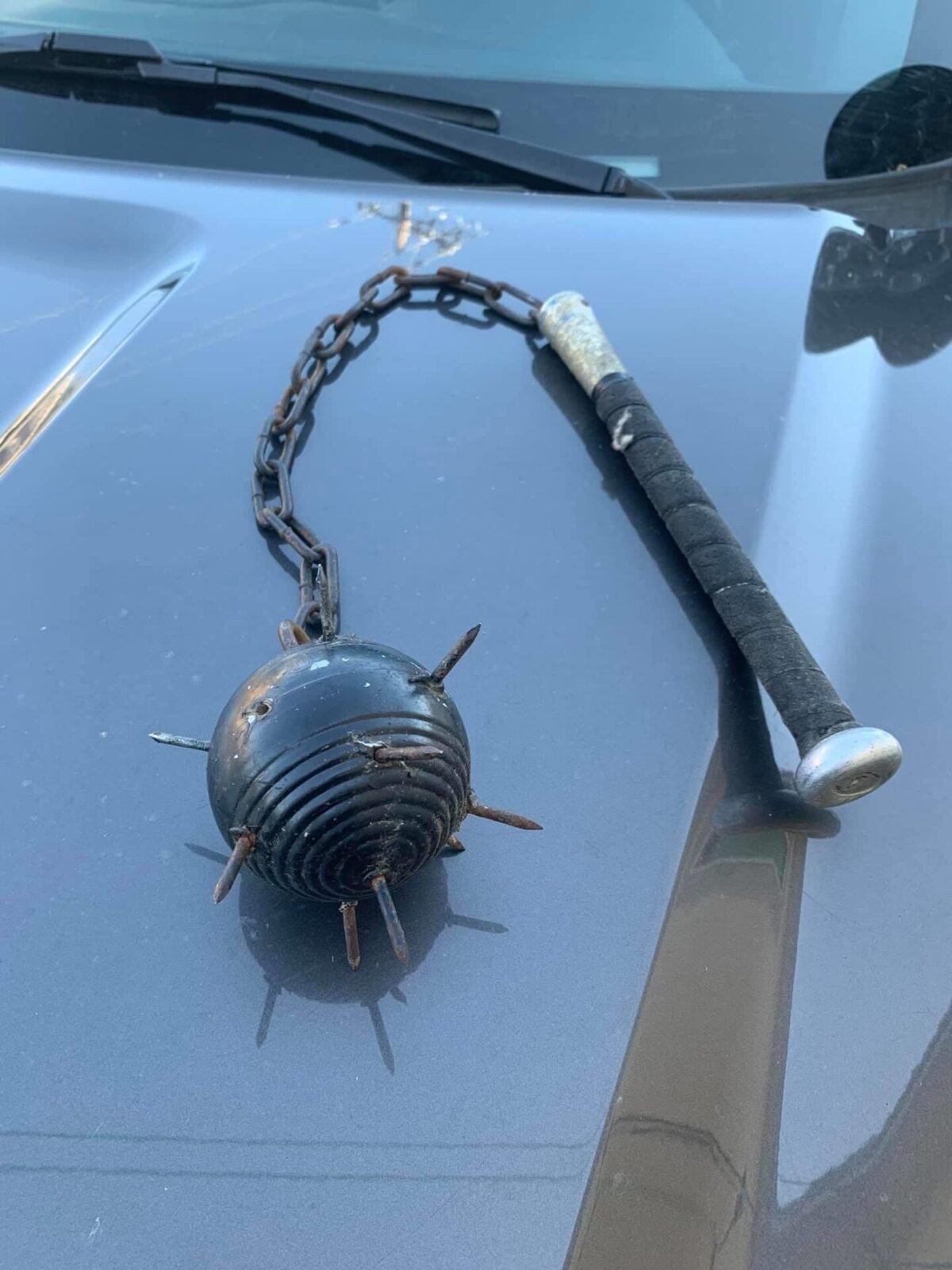 STOCKTON- Yesterday around 9:00am, the San Joaquin County Sheriff’s office received a call from a victim who was assaulted on the 2600 block of North Wilson Way. The suspect was identified as 56 year old Eric Lopez.

According to victim, Lopez struck him with a walker, making threats to his girlfriend also before fleeing.

The Sheriff the issued a “be on the lookout” bulletin was issued and deputies soon located Lopez around 4:30 pm off of Benjamin Holt Drive in North Stockton.

The suspect was then taken into custody with minor injuries and upon a search of his vehicle, a homemade medieval weapon was discovered.

Lopez has been booked for:

The village is a little safer tonight.