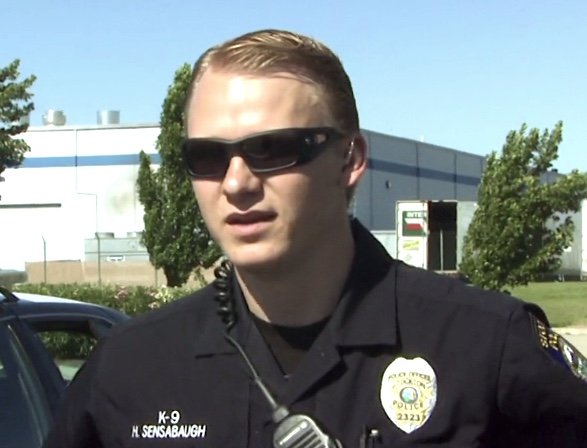 STOCKTON- We hace confirmed that Stockton Police officer Houston Stephens, who changed his name from Houston Sensabaugh after killing three people in three separate incidents, has been placed on administrative leave pending an investigation by the Stockton Police Department.

In a statement given to us by SPD spokesman Joseph Silva, they confirmed he was on leave, but would not detail why:

“We have been made aware of an off-duty incident involving Sergeant Houston Stephens that occurred in Manteca.  The employee is on administrative leave and due to this being a personnel matter, we cannot discuss any further”.

We became aware of the suspension after a subscriber gave us a tip earlier that, “Officer ‘Sensabuagh’ Stephen’s of the SPD is on admin leave, pending a admin investigation for a ‘off duty scuffle at a manteca bar.’ Extreme sports bar, on Yosemite. His chick works at this bar”.

We cannot confirm if there was a scuffle at Extreme Sports bar, but SPD confirms it was for an “off-duty incident”.

Sensabaugh/Stephens, who is from Lodi, has been the focal point for activists calling for reforms in the SPD for the last decade including use of force and body worn cameras after he was involved in 4 different shootings, killing 3 individuals in a fairly short amount of time. The attention would coincide with him changing his last name, before killing yet again.

In a Civil Rights lawsuit he was sued for having his police K9 maul a mentally disabled boy. The City of Stockton paid $300,000 in that lawsuit:

Another time he was caught on camera bragging he was “famous” while telling the he was being unprofessional with to “look me up”. After he changed his name.

Activists have deemed him one of “California’s deadliest cops”.