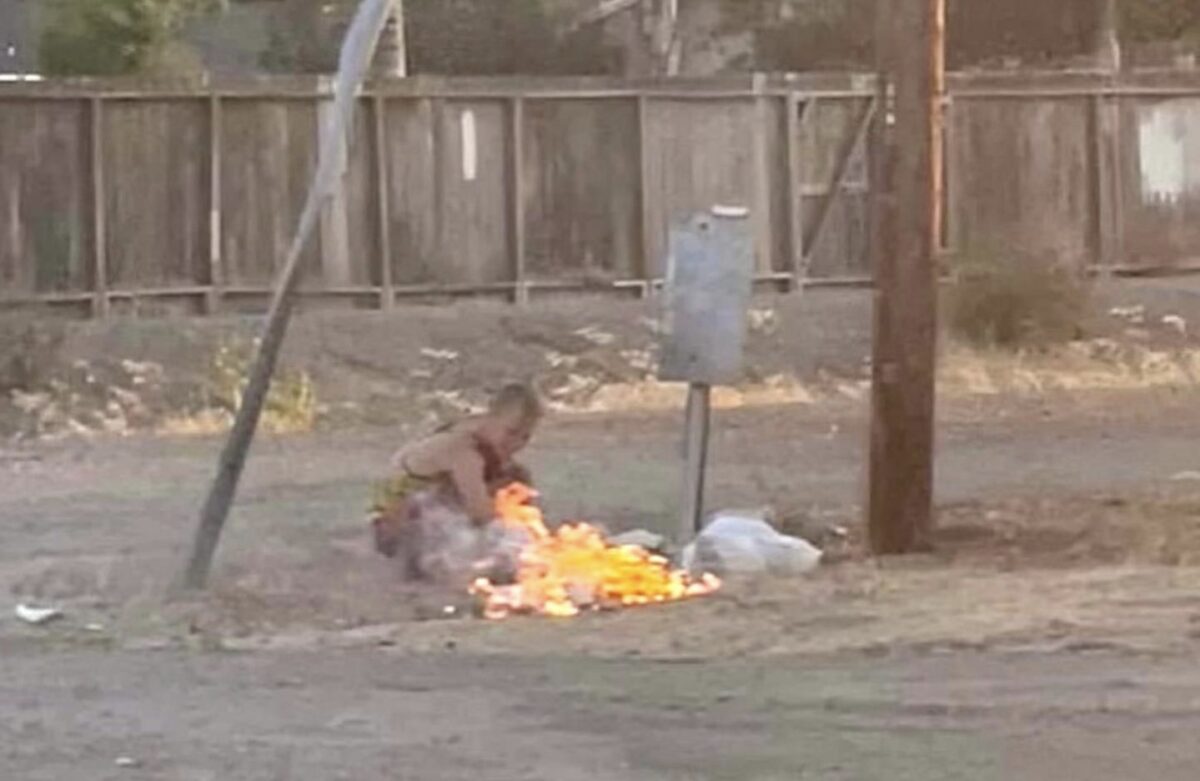 Mostly non visible in the time he’s been on the city council for the last four years, it appears he’s now joined the ranks of political adults exploiting a minor and recruited the help of “Defund SUSD police” proponent David Sengthay to try to drum of support and to talk about “security” in the city.

Only 8 people showed up to meeting in triple digit heat, which was previously canceled several times for unknown reasons.

Meanwhile a transient was filmed setting a fire in broad daylight on a busy street in Jobrack’s Council District.
——————————————————————————————————————-
Councilman Sol Jobrack is running for Re-electtion in North Stockton against Professional Educator Michele Padilla.The vote will be held on November 8th as residents of north Stockton get a change to get a new city councilmember who actually does their job.