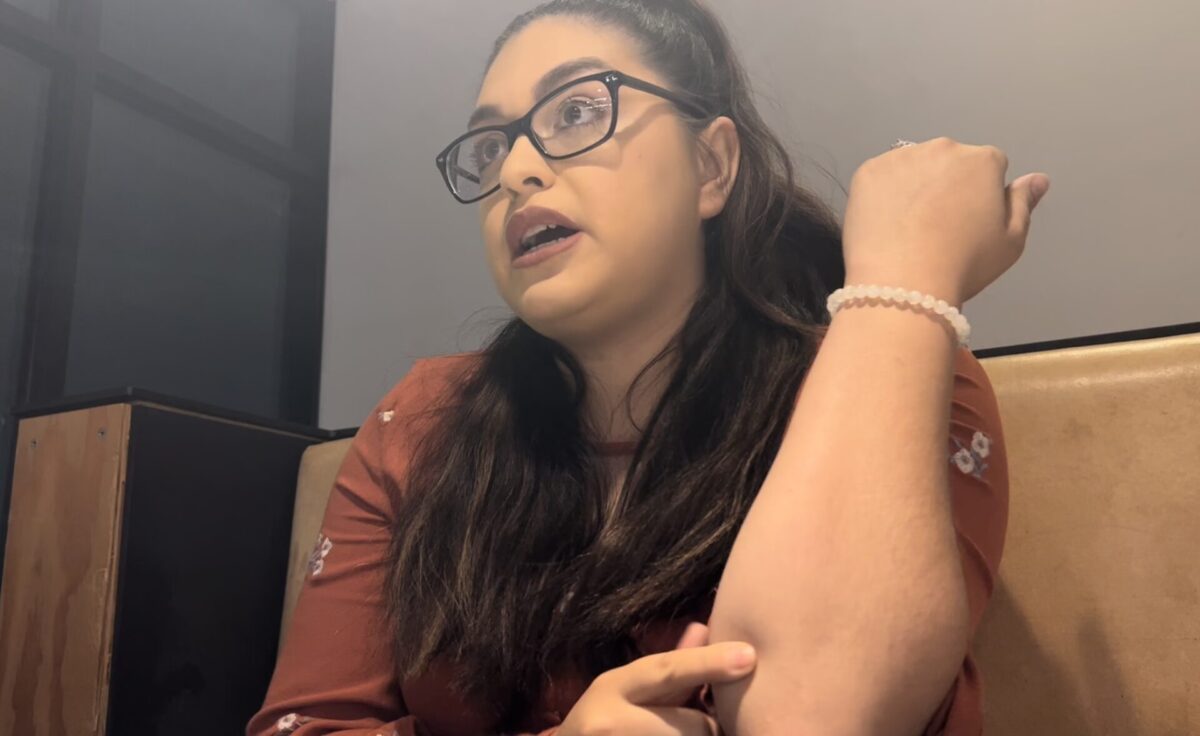 WARNING-The following recorded interview contains graphic allegations of persistent physical child abuse that morphed into alleged ongoing adult emotional abuse.  While typical disagreements between a mother and daughter are normally a private matter, when an elected school trustee is facing allegations of extreme physical child abuse and the alleged cover up of a threatened assault of a child, parents and the public have a right to know.

Concerns about SUSD Trustee Angelann Flores’ erratic public behavior and highly questionable decisions impacting other people’s children are nothing new.  SUSD parents previously accused Trustee Flores of making false statements about her taking her campaign manager Rudolfo Buenrostro to elementary schools, despite him pleading to “felony assault” of a student after being arrested for raping that student.  Flores previously worked and campaigned closely with convicted felon and now admitted child molester, Sammy Nuñez. More recently Trustee Flores loudly proclaimed she felt unsafe during a SUSD board meeting because of a former board president’s presence, despite police being at the meeting.   In the last week, 209 Times has received numerous messages from the community regarding questions about Trustee Flores’ behavior in public that we have been unable to verify.

Ms. Flores’ own daughter, Brianna Flores-Ybarra, has reached out to 209 Times numerous times alleging that her mother abused her physically and emotionally as a child and is continually harassing her as an adult.  Last week, 209 Times traveled to Fresno County to conduct an on the record interview at Mrs. Ybarra’s request. Mrs. Ybarra claims that her mother, SUSD Trustee Angelann Flores,  is unfit to be around anyone’s children, including her own grandchildren.   Brianna Flores-Ybarra described in a recorded interview numerous traumatic events, including, but not limited to the following:

1. Ybarra said when she was eight years old, she was struck by a stray bullet while her mother was driving around Stockton trying to locate her boyfriend at the time.  Ybarra said her mother did not want to take her to the hospital, and instead wanted to just put a bandaid and Bactine on the wound.  Ybarra, now 27, provided 209 Timed a copy of a high school writing project where she described the incident. Ybarra says she’s most upset that her mother denies this ever occurred.

2. Ybarra states when she was 14 years old, her mother’s boyfriend at the time threatened her after touching her in a manner that made her extremely uncomfortable and frightened. Ybarra told her mother, who responded by beating her daughter with her fists leaving over twenty seven bruises all over her body. Ybarra said her mother also denies this happened and was “exaggerated”.

3. Ybarra states her mother has sat on her chest and beat her with closed fists. Discipline often became physical.

4. Ybarra states her mother has dragged her around the house by her hair and severely beat her on several occasions.

SUSD Trustee Angelann Flores has so far refused to respond to our repeated requests for a statement about her daughter’s on the record allegations.  But in a court “petition for grandparent visitation” obtained by 209 Times, Angelann Flores claims it is she who has concerns about the “safety of her grandchildren” due to several bombastic allegations such as taking her children on “drug and “drug exchanges” and “leaving the children unattended” or “locked in closets”. Despite these serious allegations oddly enough Flores states in the petition she does not want the children to be removed from her daughter, but only that the court grant Flores mandatory grandparent visitation rights two weekends a month.

According to Ybarra, her mother only filed this petition to continue harassing her and to specifically disrupt her upcoming wedding plans that are scheduled to occur in Mexico later this month.  She states her mother is emotionally unstable, manipulative and incapable of maintaining healthy relationships.  Ybarra pointed out that if her children were in actual danger, her mother’s request to see the kids every two weeks wouldn’t solve any of her mother’s feigned safety concerns anyway.

Ybarra said she will yet again be seeking a restraining order, a process she says she had initiated previously but thought wouldn’t be necessary if she moved hours away from her mother. Ybarra told 209 Times she is now convinced her mother will not stop harassing her and her children without formal legal action.

The “petition for grandparent rights” obtained by 209 Times shows it was filed electronically on 4/13/22 at 11:31 am with the Fresno Superior Court by “Clarisa Rodriguez, Deputy” and lists Angelann Flores as the petitioner.

Flores has yet to respond to 209 Times’ request for a statement. Due to the severe nature of the allegations, 209 Times has formally notified the Stockton Unified School District and is requesting that an investigation into Trustee Flores’ past and most importantly current behavior around minors be conducted.