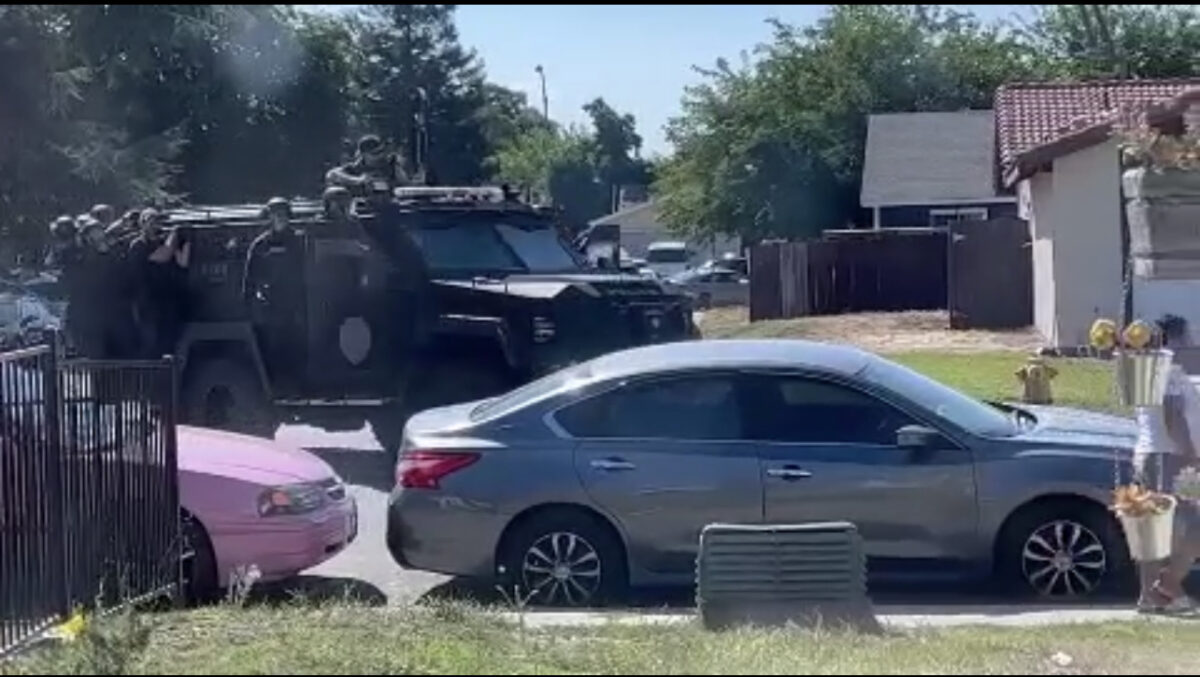 SWAT Team Shoots at and Arrests Suspect in Fox Creek

“Today, at 1:03 p.m., Stockton police officers were called to a residence in the 9300 block of Fox Creek Drive on a report of a woman being pistol-whipped by a man. When officers arrived, they located the woman at the house with visible head injuries.

The suspect ran out of the house armed with a firearm, jumped several fences, and went on a roof. As he came off the roof, he confronted a uniformed Stockton police officer with a firearm. The officer fired his weapon and the suspect ran to a front porch of a residence in the 9400 block of Lansdowne Drive.

The suspect was still armed with a firearm and a standoff with officers occurred. Officers from our Crisis Negotiations Team responded as well as our SWAT Team. During the standoff, the suspect ingested an unknown pill. A short time later, a less lethal weapon was fired, and a K9 was deployed to take him into custody. Two firearms were located near the suspect.

Medics transported him to a hospital for treatment. Medical staff said he was alert and was not struck by any gunfire. All officers are ok. A multi-agency critical incident investigation is underway.

If anyone has information pertaining to this investigation, please call the Stockton Police Department at 209-937-8323.”