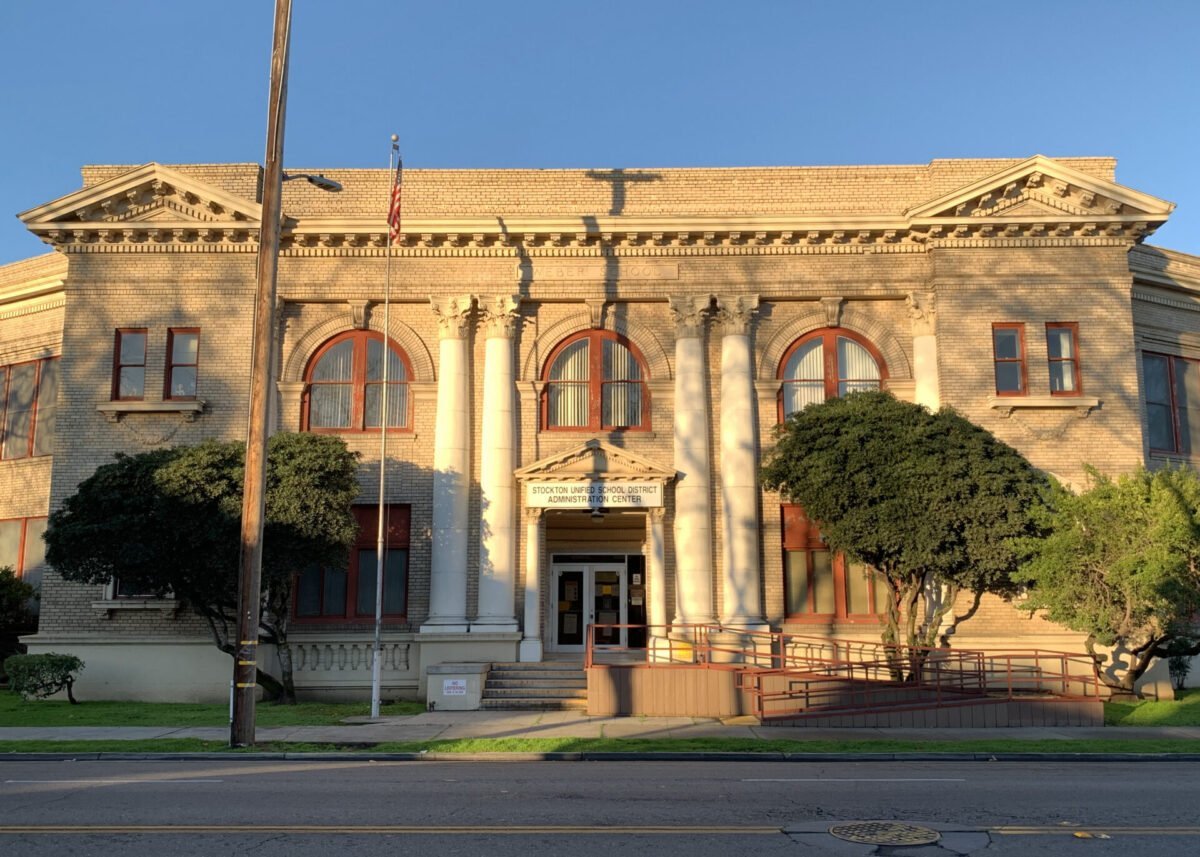 STOCKTON- After reviewing the Grand Jury’s report on the Stockton Unified School District (SUSD), we are likely asking the same questions as any Stocktonian who reads it. What is a Civil Grand Jury’s role? What is their expertise in education? What are the intentions of the individuals that drafted the report? Do they care about the parents and students served by Stockton Unified School District, or is this new narrative being pushed because the establishment’s Stockton Cabal lost control over SUSD budgets, contracts, and money?

First, it’s very strange that a Civil Grand Jury spent time and resources researching, investigating and reporting on a School District that has been dysfunctional and struggling for decades. Also, why is much of what they reported so misleading, wrong or misinformed?

A review of the report’s findings discloses inaccuracies and wrong information which is used to create a false narrative:

For example: finding F1.1 Superintendent turnover in Stockton Unified School District is as high as anywhere in California, making it impossible to institute lasting, positive change.

This finding is not quantifiable and it’s just vague. This statement is only intended to create negative public emotions, and to label some board trustees as “those bad people running the district”. There’s no way to either prove or disprove this finding because it’s just an emotional opinion: What districts should be compared to SUSD and what does this Civil Grand Jury believe is “lasting and positive change”? It’s clear there has been no lasting and positive change while the establishment cabal leaders have been in control of SUSD for many years. Yet suddenly, a non-establishment Superintendent is hired by Board members that come from the working-class families in Stockton, and now important people see problems, and spend time to publish reports. But the Grand Jury report makes no mention of the lasting damage to the district which was caused by past district leaders that worked in favor of the establishment and have driven the district into the ground.

The previous permanent superintendent was John Deasy, and during his time he succeeded in destroying the SUSD budget by spending over 100 million dollars in financial reserves in just 2 years and leaving the district in a 30 million dollar budget deficit, and with no reserves. Hiring Mr. Deasy was a horrible decision, and his track record was impossible to justify, but this Grand Jury never criticized Mr. Deasy’s hiring. It never asked why the District’s budget was driven into the ground by Mr. Deasy because that Superintendent was “their guy” and part of the Cabal.  So now the new Superintendent, Mr. John Ramirez, inherited this horrible budget deficit and must now find ways to fix the problems created by the previous Superintendent, and pull the district out of this 30 Million dollar shortfall, all while the establishment attacks the district leadership through these false narratives.

Clearly this report is not about fixing issues in the District or educating kids – this is about taking down the representatives of the people that currently lead SUSD, so the establishment can regain control of the SUSD Budget, and things can go back to the way they were when Mr. Deasy was Superintendent. Coincidentally, the Grand Jury Report does mention Mr. Deasy, but only to complain about his firing, because he was released 1 year early from his 3 year contract and was paid out the balance of his contract as is customary. Yet the Grand Jury report fails to discuss the 100 million SUSD dollars Mr. Deasy spent during the 2 years he was SUSD’s Superintendent, and the 30 million dollar budget deficit he left behind. Clearly it was much cheaper to pay Mr. Deasy the balance of his contract salary, than to allow him to continue burying the district in a larger deficit by spending millions of dollars the district doesn’t have.

The Grand Jury states in the report that there are complaints, media reports and public comments describing how dysfunctional the Board meetings are, due to loud arguments, where trustees speak over each other, creating chaos. What the Grand Jury fails to explain, is that this chaos is caused intentionally by Trustee Angelann Flores, so that it can become part of the false narrative of a dysfunctional board. The real dysfunction is that it appears the Cabal is fighting through Trustee Flores to block the progress of the board members who represent the working-class people served by SUSD, because Trustee Flores represents the interests of the establishment and the Cabal. She works for a Charter School, and as Charter employee she can be released from her job at any time.  So it’s clear why she continues to be such a strong Charter supporter and loyal Cabal representative, since the establishment cabal in Stockton has been aggressively pushing to open more Charter Schools through SUSD for such a long time. I’m sure most people would feel pressure to go along with the establishment if their job, their home, and their family’s livelihood depended on it. Any person who listens to a board meeting for just a few minutes, will realize that Trustee Flores spends much of the meeting yelling accusations and arguing, with the goal of trying to obstruct board meeting progress with confusion and chaos.

Trustee Flores’outbursts and lack of decorum are misaligned with SUSD governance norms, however, because she is a Board member that represents the interests of the Cabal which includes this Civil Grand Jury, she is protected from criticism even though she is the greatest contributor to board meeting disruption, chaos and dysfunction.

As an example, the San Joaquin County Office of Education reports have clearly confirmed that SUSD has a 30 million dollar deficit, and yet Trustee Angelann Flores frequently denies this verified fact in a loud voice and with great energy to confuse the public and create doubt about the damage that the Cabal’s Previous Superintendent, John Deasy, caused to the District budget.

Why was Trustee Flores censured? She routinely makes false accusations about district staff members, placing the district at risk forlawsuits.  Also, while working as an individual member of the board, she gives directives to staff, which are contrary to the district’s goals.

The grand jury is correct, that while Trustee Flores was the chair of the English Learners committee, Trustee Flores directed staff in a way that is clearly outside of her authority, by giving them tasks that are once again misaligned with district goals, and while she is incompetentlyand inappropriately acting as an authority of English Language learners.

Trustee Flores is clearly a pro charter advocate, again working in conflict with the needs of the district, while she pushes her agenda of adding 6 charter schools to a district that has an already overextended budget and cannot afford to support these charter schools.

Of course, the Board needs to continue to censure a Board member who may be acting on behalf of her employer, Aspire Charter School, and not acting in the interests of the students and families of SUSD.

Why is this Civil Grand Jury pursuing this report specifically now, that the district has hired a Superintendent who is the same color and shares the same background as the majority of families that the SUSD serves – suddenly a Civil Grand Jury appears out of nowhere to criticize a School District and a School Board that is now working to improve itself to serve some of the poorest families in the State.

This Grand Jury found time to criticize thehiring of a new Superintendent who is developing creative ways to fix a budget deficit created by previous Superintendents but who were apparently the right color to be “in charge” and were therefore never attacked by this Grand Jury. Unfortunately, no one ever found time to criticize previous establishment leaders, even though this has been one of the lowest performing school districts in the state for many years.

Any unbiased 3rd party who is paying attention to events in Stockton would interpret from this report that this Grand Jury is clearly composed of entitled well-off elites, or friends of elites, who are angry that the poor and working-class people of Stockton have finally elected Board members that represent them.

Surely this Grand Jury must answer to or are part of the establishment Cabal that has been running things in Stockton for generations. To be sure, things in Stockton have been bad for many generations, this is nothing new, and yet the predominantly White establishment, which has been in charge forever, has never been forced, by the mainstream media or a previous Grand Jury, to answer for or to fix the problems we live with everyday– But now that the struggling SUSD families have elected some folks that represent them, and not developers or wealthy foundations, suddenly the establishment, through a Grand Jury, speaks up to criticize those representatives. It’s too obvious and transparent.

For sure, this school board is not composed of the polished British sounding elitist politicians we see every day on the news. No, they are actual members of our community that are not beholden to the wealthy individuals or the wealthy establishment. These are people who are scrappy enough to take on issues for the parents that are too busy commuting at 4 am, or working long hours in places without air conditioning or in the sun, so that they can put food on the table and send their kids to school – Because make no mistake, those are the parents that SUSD serves, not leaders of foundations and non-profits whoare invited to cocktail parties with important people and look down on those who have less or no education.

Instead of criticizing the Board of Trustees, who are actually united on issues involving education curriculum, the establishment and wealthy who actually know and have influence over Grand Juries, should consider letting the Board and Superintendent do the hard work of fixing the school district, not just for the kids, but for the parents and the surrounding community. It’s no secret that Stockton is famous throughout the State for high levels of homelessness, drug addiction and crime. But the community here is also proud one. A community who is proud to say they are from Stockton, if only because of how difficult it is to live here.

Please stop giving issues around “diversity” and “inclusion” lip service with words, while taking away from the poor and working class with actions. – Instead, let actions speak for themselves. Because if we’re going to make this a better place to live for everyone, especially kids – first we need to fix education – we need to fix SUSD. So please, allow the school board and Superintendent to do the work that no one else in the past has ever been willing or able to do.