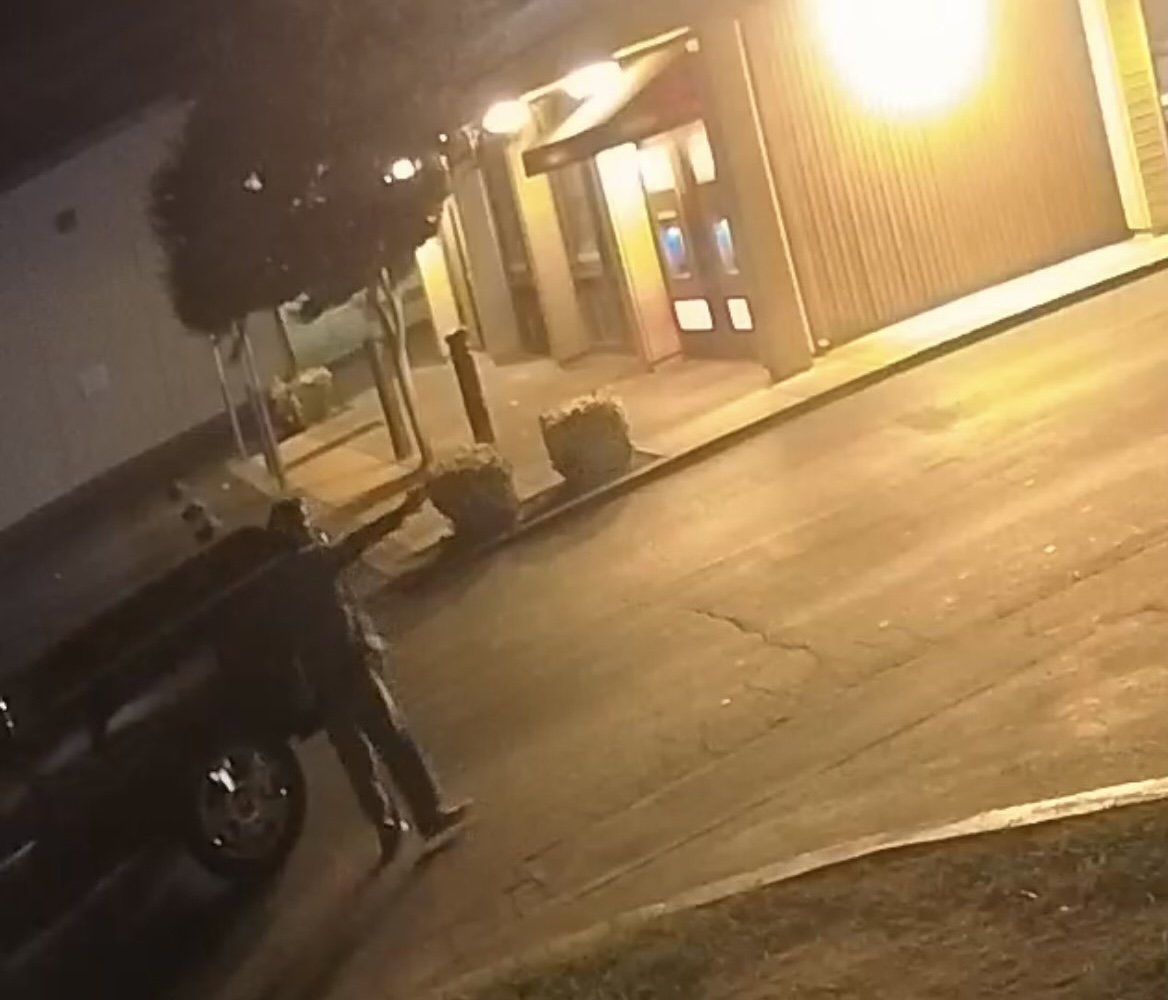 According to surveillance footage and an eye witness account, the unknown suspect drove by the victim and his coworker going the wrong way through the Wells Fargo drive-through ATM terminals. The suspect then exited his vehicle and began to open fire on the victim while allegedly calling the two Black males racial slurs. The video shows the rounds being fired as the victim’s hands are raised saying “don’t shoot me” according to a witness.

It is still unclear why Stockton Police Chief Eric Jones has yet to release a “Be on the look out” or suspect description for an armed and dangerous person on the loose and if this matter will be investigated as a hate crime. The victim is in stable condition at a local hospital.