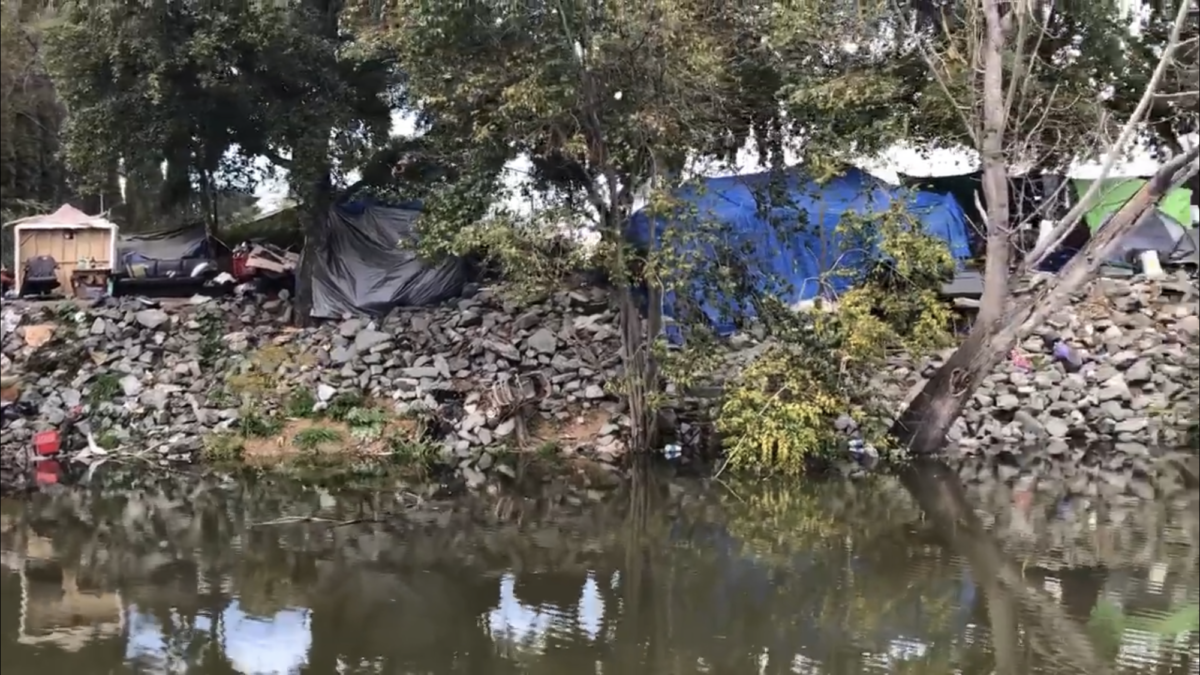 STOCKTON- As the condition of homelessness in Stockton and its water ways seems to be getting worse and worse, residents like Adam Farrow are documenting and sharing their concerns. He’s also asking, “where’s Mayor Tubbs?”. Homelessness has gotten measurable worse on Michael Tubbs’ watch despite both he and his Homeless Task Force counter part and political ally County Supervisor Kathy Miller continuously bragging about getting up to $38,000,000 for the problem. While Farrow is asking “where’s Mayor Tubbs” many others are asking “where’s the money”?!

This video was filmed near I-5 and Country Club Boulevard. Residents are also concerned that the homeless camping along the waterways is polluting the waterways, but also damaging the infrastructure of the levies.

Just last year Tubbs and Miller held a press conference patting themselves on the back. However, other than hiring a six figure salaried friend of theirs to be the new “homeless czar”, residents claim not much has changed. Instead it’s gotten worse.