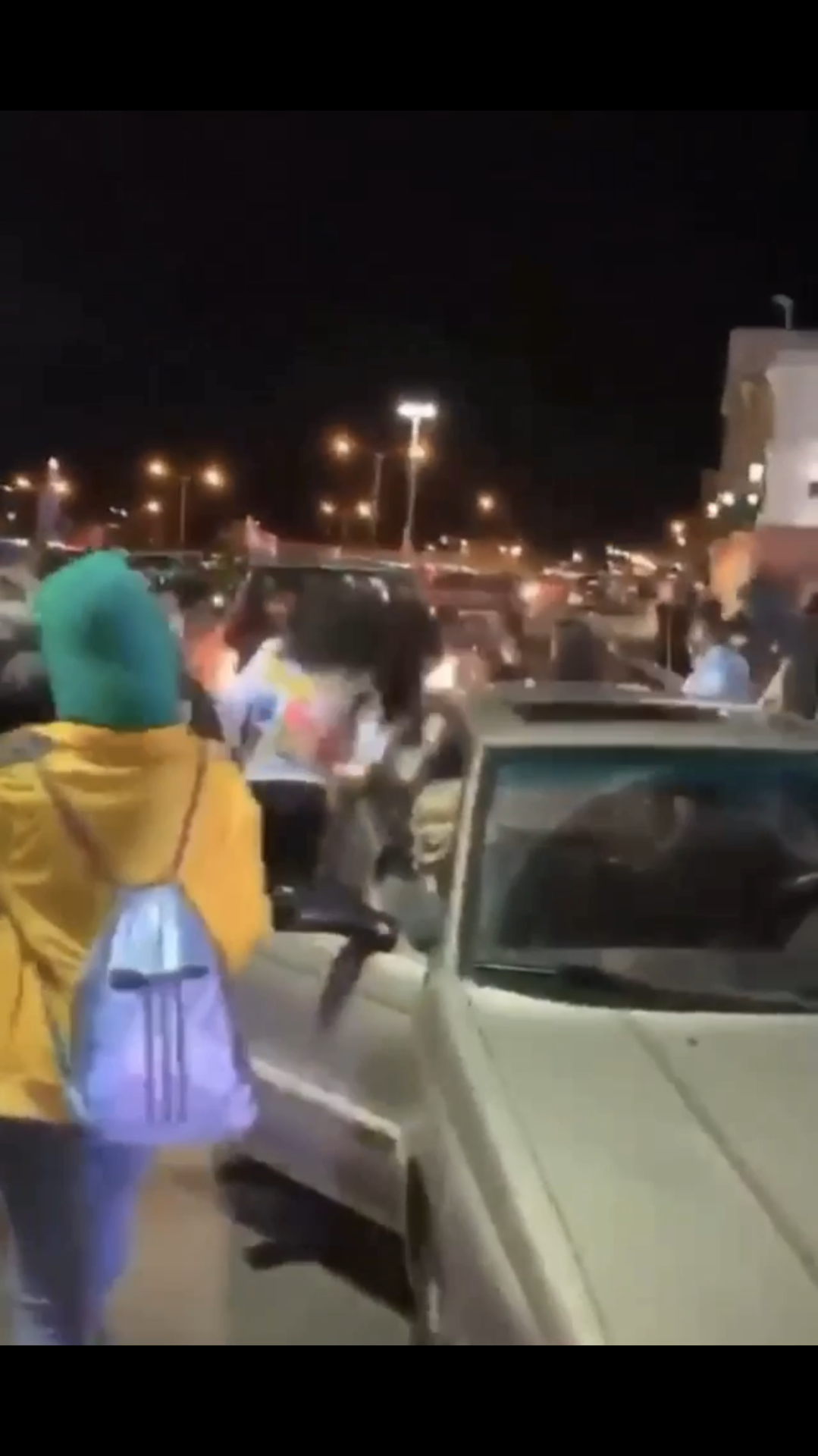 STOCKTON- On December 26th over 200 people, mostly believed to be youth on winter break, brawled at the Weberstown Mall in a 3rd consecutive annual event. Police had to establish a perimeter and shut down both mall spanning two entire blocks and involving dozens of stores who rely on the holidays to make sales goals.

In the midst of the melee a car with a family visiting from Reno, Nevada was trying to leave and became the focus of the violence. According to an interview with Fox 40 the women said:

“‘Listen, here’s the situation: I have a 4-month-old baby, a handicapped grandma and some of my other family members in the car that are very young, impressionable and already have trauma,’ Rohrer recalled saying. ‘Can you guys just please let us through? That’s all we’re trying to do.’

During the frustrating scene, Rohrer’s mother, Kalea, honked the horn and that’s when the group turned.

‘Oh, well, who do you think you are? You’re not going to honk at us. I’ll bust the windows out your car,’ Ariana said, repeating what she said the group told them.

Ariana said she was then targeted by the group. Kalea said she tried to save her daughter but she also found herself in the thick of it.

‘I exited my vehicle. Obviously, I’m gonna protect my 15-year-old because these people they think they’re so big and bad, you go after a kid,’ Kalea said.

While the teen and her mom were pummeled, they said someone tried to steal their car. Inside the car were Ariana’s baby and grandmother, who tried to stop the theft.”

Several videos of the melee and crowd surfaced, but these are the first time video of the attack on the family has come to light. To date the District Attorney Tori Verber, Chief of Police Eric Jones, City Manager, Mayor Michael Tubbs or city leadership or mall management have not commented on the attack or why precautionary measures were not taken for an impending incident that was widely publicized on social media and had two previous years of similar outcomes on the same day of the year. Despite the attack taking place within full view of dozens of Stockton police officers just feet away (as seen in the video) no arrests were made.