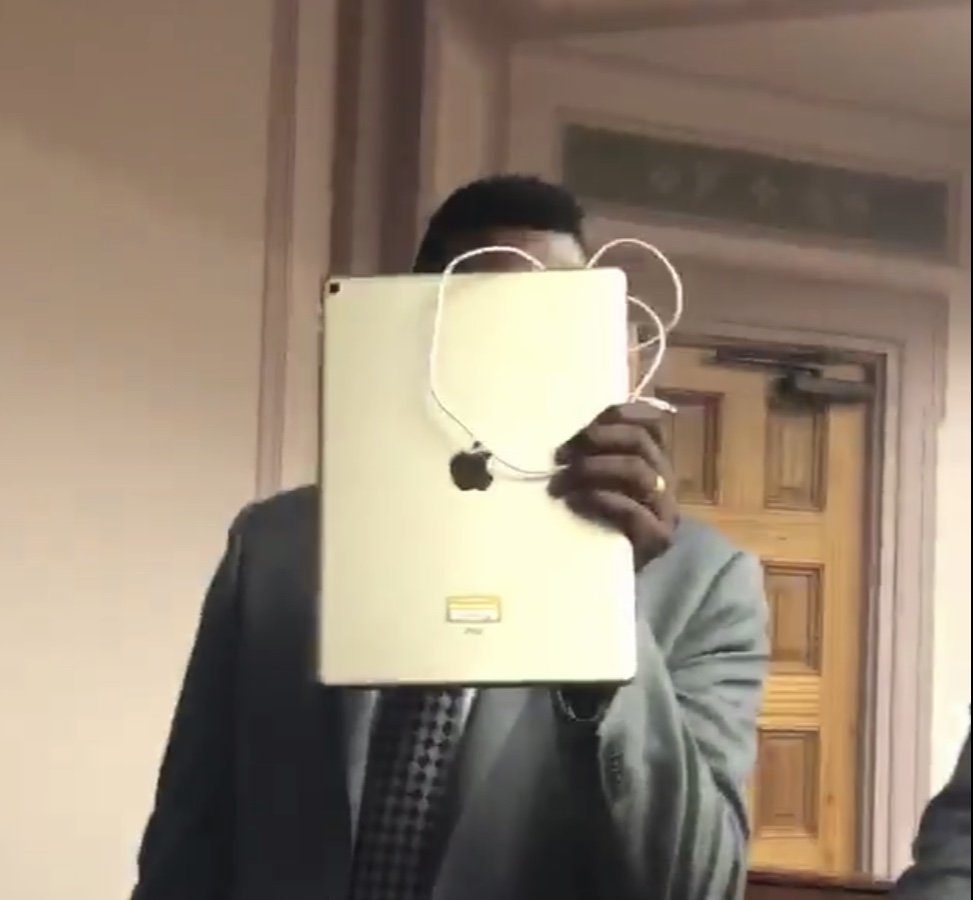 STOCKTON- Official complaints and formal requests have been made for an investigation with the California Fair Political Practices Commission (FPPC) against Mayor Michael Tubbs who filed “false and inadequate” documents hiding his newly formed “consultancy” firm, “The Deeper the Roots LLC” on his Statement of Economic Interests – Form 700 at least twice.

Both times he failed to disclose his business on “Schedule A-2 Investments”, which is where, according to the FPPC’s online directions, an elected official should list any “business entities, LLC’s, corporations and trusts”. No where in both of his latest five page 700 Form reports does “The Deeper the Roots, LLC” appear.

This omission is despite Michael Tubbs being listed as both the “manager” and “Agent for Service of Process” for “The Deeper the Roots, LLC”.

The first and only statement of information for this LLC was filed 4/15/19 with the California Secretary of State.

This was just one day before his non-profit’s executive director, Lange Luntao, recused himself on 4/16/19 in a SUSD Trustee vote “due to an abundance of caution” and 8 days before Luntao suddenly threw caution to the wind and voted on 4/23/19, in favor of Aspire Charter Schools without allowing public comment first. This vote is now part of the investigation by SUSD for being a possible conflict of interest because of both Luntao’s and Reinvent Stockton Foundation’s multi-layered economic relationship with Aspire.

It appears Mayor Michael Tubbs is not only in violation of the California Political Reform Act and Fair Political Practice Commission’s (FPPC) Statement of Economic Interest Form 700 filing requirements, but that he is also in violation of the City Charter for failing to report his business position of “manager” and “agent for process of service” in “The Deeper the Roots, LLC” which is an “active” business entity located in Stockton, and therefore falls under “Disclosure Category 1” of the City of Stockton’s Conflict of Interest Code, Resolution ‪2016-09-27-1202‬.

Lange Luntao is also the Executive Director, and Tubbs’ employee, of the Reinvent Stockton Foundation (RSF) that Tubbs’ incorporated the month after being elected mayor and a month before beginning his term. The RSF administers Stockton Scholars, Advance Peace (Cash for Criminals), and Stockton SEED or “universal basic income experiment”. None of those programs are administered or sanctioned by the government yet Tubbs openly uses his city staff to operate it and help solicit funding for his foundation.

SUSD has recently voted to conduct an internal investigation as to how Reinvent Stockton Foundation, Aspire, Lange Luntao, and SUSD’s interests may conflict with each other and if those conflicts possibly could warrant a criminal investigation.

It is important for the City of Stockton to note that SUSD’s internal investigation will be focused from SUSD’s own liability and exposure, and not be tasked with determining any conflicts of interest that the City of Stockton, Reinvent Stockton Foundation, and Mayor Tubbs may be involved in.

An abundance of evidence exists that city staff time, city resources and city office space has been used to enrich Reinvent Stockton Foundation, which Mayor Tubbs has founded and according to their website,  still sits on their board as the Chairman.

It has recently been further discovered that Reinvent Stockton Foundation paid Aspire $15,000 to help with “college readiness” for the academic year of 2018-2019. Lange’s boss is Mayor Michael Tubbs. Mayor Tubbs’ wife was a “college academic counselor” with Aspire at that same time. According to case law associated with 1090 of the California Government Code, “However devious and winding the chain may be which connects the officer with the forbidden contract, if it can be followed and the connection made, the contract is void.” There is additional case law that specifies elected officials are responsible for the business dealings of their spouses.

What contracts has the City of Stockton entered into that may be in jeopardy of being nullified? Until an investigation is conducted, that is a big and dangerous unknown.

The City of Stockton owes it to tax payers to conduct their own internal investigation  to determine the extent of Mayor Tubbs’ failures to report economic interests in violation of the City Charter and to determine if enough reasonable suspicion exists to request that the San Joaquin County’s District Attorney’s Public Corruption Unit conduct a criminal investigation into Mayor Tubbs, Reinvent Stockton Foundation and into “The Deeper the Roots, LLC” which describes itself as a “consultancy” business managed by Michael Tubbs.

Any time an allegedly full time mayor is involved in an undisclosed “consultancy business”, huge red flags should be raised. If the City of Stockton fails to take action to investigate further, it will be rightfully viewed by the public and future litigators as being complicit in any potential criminal public corruption that may have occurred in the past, current or future.

We have made a formal request that the city place the following on their next agenda for discussion: Was the city charter violated by Mayor Michael Tubbs? If so, what should the penalty be? Were FPPC filing requirements violated? Does reasonable suspicion (or even probable cause) exist that suggests even more serious public corruption laws were potentially violated?  Should the city initiate an internal investigation to deal with city charter violations and after review, potentially formally request for an outside, disinterested third party to conduct a more comprehensive criminal investigation?

Will the Stockton City Council put this on the next agenda or not?  Is a special hearing in order due to the complex nature of this issue and the severity of the implications? Will Mayor Michael Tubbs be allowed to vote as to whether a conflict of interest investigation into Mayor Michael Tubbs should be initiated?

Meanwhile, Mayor Tubbs owes it to the public to immediately and without any further delay disclose ALL consulting clients, including those he had just preliminary discussions with, since he failed to disclose this “consultancy business” on his last two Statement of Economic Interest Form 700s.