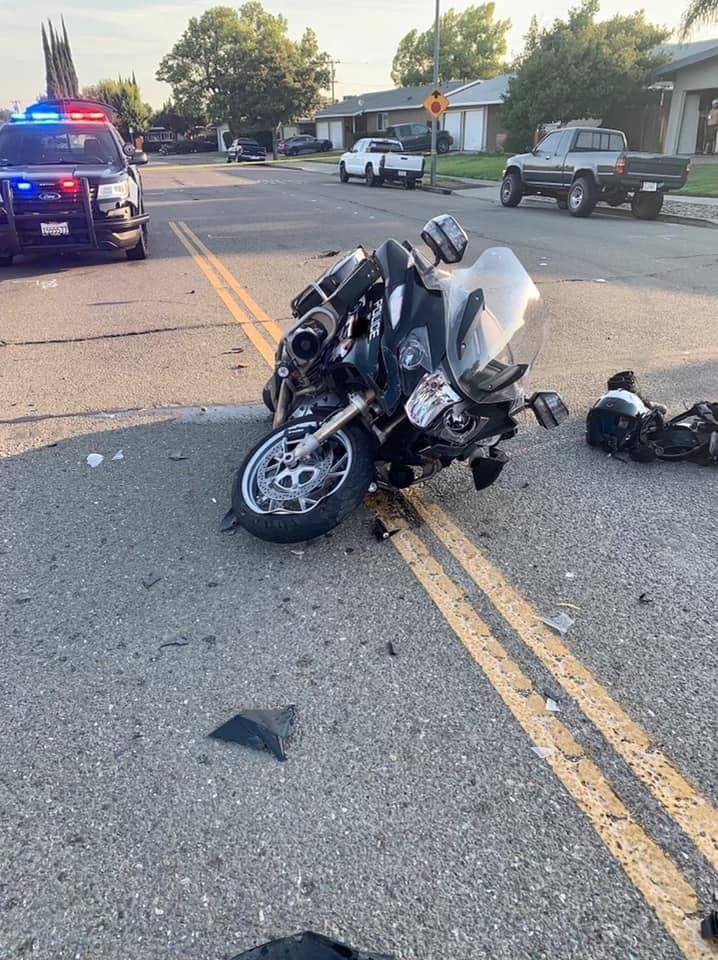 TRACY- A motorcycle officer has been injured with a suspect arrested after a hit and run early this morning. Tracy PD has released the following statement:

“On July 30, 2021 at approximately 7:00 a.m., Tracy Police Department dayshift officers and traffic units responded to a vehicle hit and run which occurred near the Promenade Circle area. A Tracy Police Motor Officer was traveling northbound on Lincoln Blvd preparing for a westbound turn onto 12th Street when the suspect vehicle, traveling eastbound on 12th, ran the stop sign and collided into the Motor Officer’s motorcycle. The suspect then fled south on Lincoln Blvd and collided into a tree. Tracy Police Department officers arrived on scene and took the suspect into custody without further incident. This an active investigation and no additional information can be released at this time. Our Officer was transported to a local hospital with apparent non-life threatening injuries. Tracy Police Officers and detectives are currently conducting follow-up on this case. We are thankful for your continued support and patience while we complete this investigation”. #Tracy