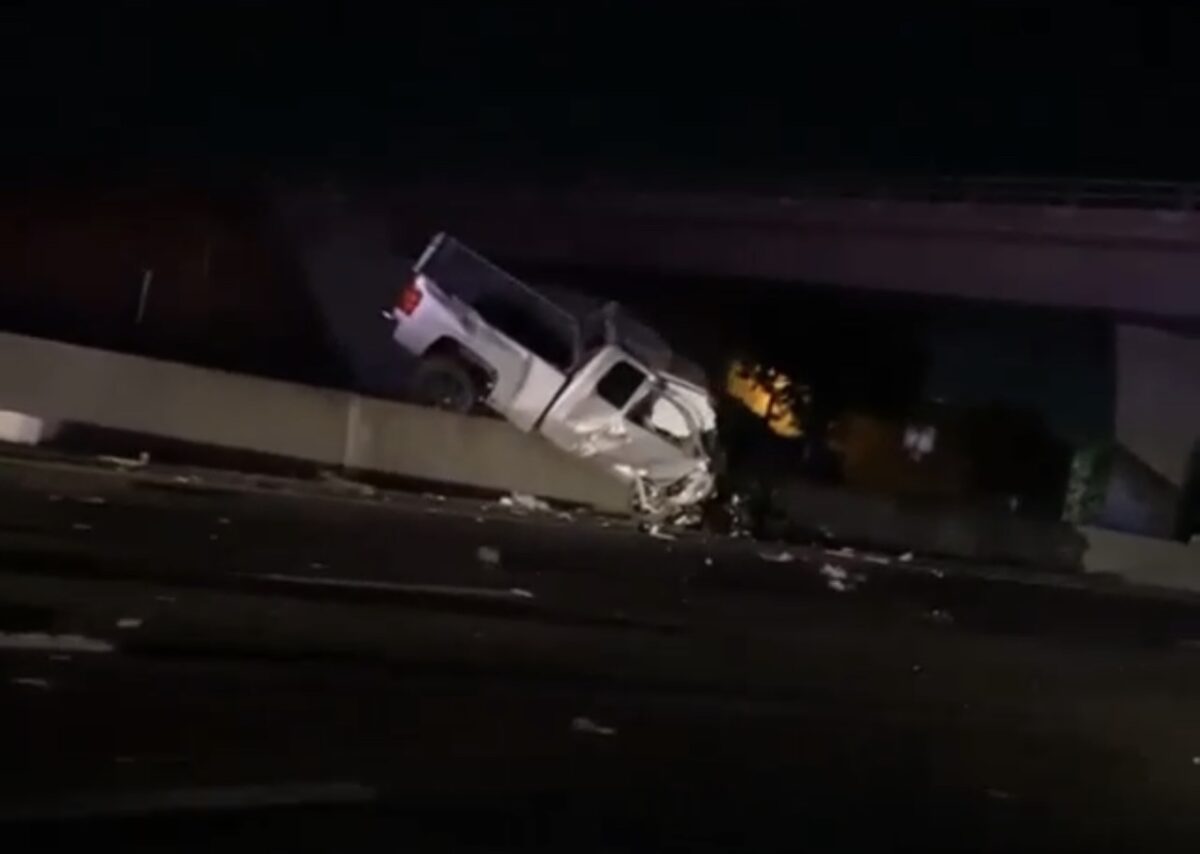 TURLOCK- The CHP says a man was killed in a head on collision on 99 after 10pm Tuesday June 1st in Turlock. According to the CHP multiple calls were received that a red Ford Focus was traveling the wrong way on 99 southbound north of Turlock. Shortly after, an officer made contact with the vehicle which they say was stopped on the median with the driver slumped over on his steering wheel while the car was still on and in drive. According to their statement several empty containers of alcohol were spotted in the vehicle. The officer tapped on the window which woke the driver who then sped off hitting the patrol in the process.

This video captures that driver then speeding the wrong direction in the fast the moment he collided with a pick up truck head on and exploding. The driver of the Ford Focus, a 43 year old man from San Francisco, was pronounced dead at the scene and two occupants of the pick up sustained minor and major injuries and were transported to the hospital.