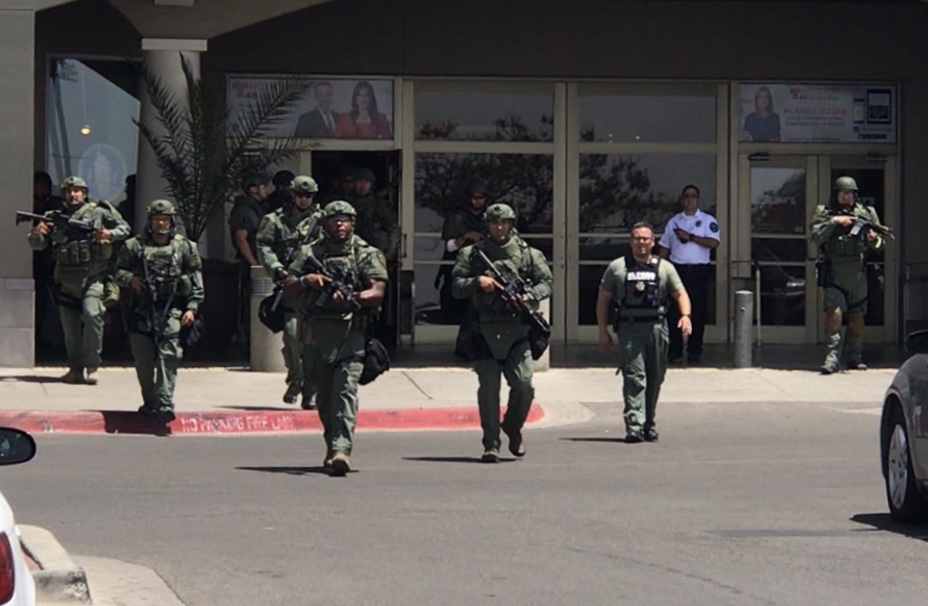 EL PASO- Around 11am police received reports of an active shooter inside the Walmart at the Cielto Mall. While the situation is still being assessed, its reported that 18 people have been killed and three suspects are in custody. Members of the SWAT team told our correspondent on the scene that it is still not known if more suspects are at large. One officer described the scene in Walmart as “a bloodbath”.

The perimeter of the mall is surrounded by law enforcement from multiple agencies with helicopters also circling above.

One witness, Specialist Oakley, a soldier in the US Army who is also armed with a pistol he has a permit to carry, details grabbing random kids to take to safety as the shootings were taking place and people were scrambling to get out of the mall.