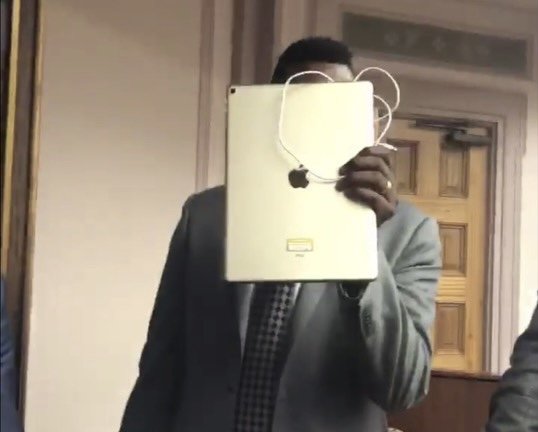 Attorney Cyrus Zal from Folsom, California has given the following written statement to 209 Times: “Michael Tubbs and Daniel Lopez have not been cooperating with accomplishing the service of the Government App Solutions lawsuit on them, and I can say that they have been outright avoiding service of the lawsuit. Mr. Tubbs and Mr. Lopez both work at the Governor’s Office near the State Capitol in Sacramento. As you may know, Mr. Tubbs is Governor Newsom’s Special Advisor for Economic Mobility and Opportunity.
When my process server went to serve Mr. Tubbs and Mr. Lopez at their place of employment at the Governor’s Office on July 15, 2021, he was told by security that he could not go inside because of COVID restrictions. Because the lawsuit papers have to be personally served on them, Mr. Tubbs and Mr. Lopez were telephoned by security to come to security to personally receive the lawsuit packages. They both refused to come. My process server had to drop the lawsuit packages into a drop box which security assured would be given to Mr. Tubbs and Mr. Lopez. However, such a method did not accomplish valid service of the lawsuit on Mr. Tubbs and Mr. Lopez.Subsequently, on July 22, 2021, I wrote letters separately to Mr. Tubbs and to Mr. Lopez explaining that my process server needed to personally serve them with the lawsuit and I requested their telephone numbers so my process server could call them when he came to their office again to serve them. I also inquired if they had received the lawsuit packages that my process server had placed into the drop box. Finally, I included a form they could sign and return to me to waive service of the summons so that it would not be necessary for my process server to serve them personally. (Copies of the forms are attached — in my letter to them, I informed them that if they signed the form to waive service of the summons, they would have 60 days to file a response to the lawsuit instead of the usual 21 days if the lawsuit was personally served on them.) To date, neither Mr. Tubbs nor Mr. Lopez have made any response whatsoever to my July 22nd letter, although my letterhead provided my office address, my telephone number and my email address.I am truly disappointed that a public official like Michael Tubbs and a public servant like Daniel Lopez are not cooperating with valid service of legal papers, and are in fact avoiding service of a lawsuit that they need to deal with. The lawsuit is not going to go away, and both of these gentlemen need to face that reality and cooperate with the service of the lawsuit on them.”
The First Amended Complaint that was filed on April 29, 2021, which is the current operative pleading can be found below.
This federal civil RICO case incorporates previous allegations made by Derek Bluford whom is currently serving a seven year Federal prison sentence for falsely claiming to be an attorney and defrauding a couple out of over $500,000.
https://www.justice.gov/usao-edca/pr/sacramento-man-sentenced-7-years-prison-falsely-claiming-be-attorney-and-defrauding
Attorney Cyrus Zal has acknowledged to 209 Times that he is Derek Bluford’s father-in-law.
209 Times has previously reported on Derek Bluford here:
https://www.facebook.com/1849580741956165/posts/2901396823441213/?d=n

The FBI, the US Attorney’s Office for the Eastern District of the United States,  former Sacramento Mayor Kevin Johnson, and current Los Angeles Mayor Eric Garcetti are also amongst the long list of defendants.
The Office of the City Attorney of Los Angeles filed the below attached 27 page motion to dismiss on behalf of defendant Los Angeles Mayor Eric Garcetti.
It is currently unknown if the City of Stockton will agree to pay for former Mayor Michael Tubbs’ or his former assistant Daniel Lopez’s legal defense.
209 Times is reaching out to Michael Tubbs and Daniel Lopez for comment, but based on history and the subject matter of our inquiry, we are doubtful we will receive a response.