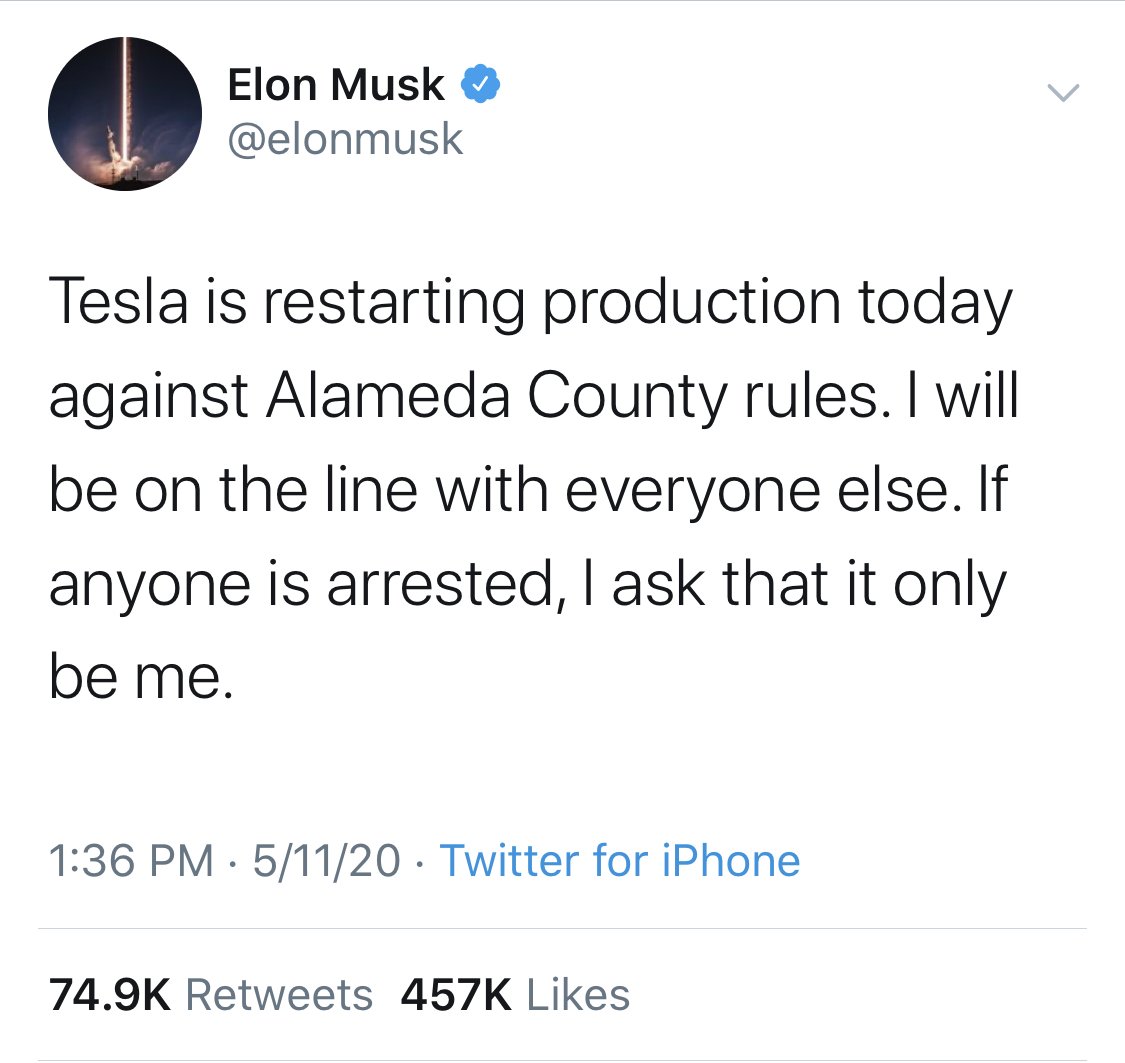 FREMONT- Yesterday the South African billionaire who owns Tesla tweeted out a request that only he be arrested if the state cracked down on the re-opening ogle the Bay Area plant where many from the Central Valley commute to work for.

The battle has been waged over social media and now will go to court according to Musk.

The battle is over the county and statewide Shelter In Place orders issued to help stop the spread of COVID-19 which is a global a pandemic that has claimed the lives of over 80,000 Americans since January of this year.

Workers returned to the plant Monday May 11th as Musk has now threatened to move his company outside of California.

Governor Newsom originally said the state was working with Tesla to open on May 18th via a conference call, but after the call ended Musk immediately announced they would defy that agreement and re-open on May 11th state and Alameda County stipulations. After the announcement state assemblymember Lorena Gonzalez tweeted “Fuck Elon Musk”.

As of this article no arrests have yet been made.