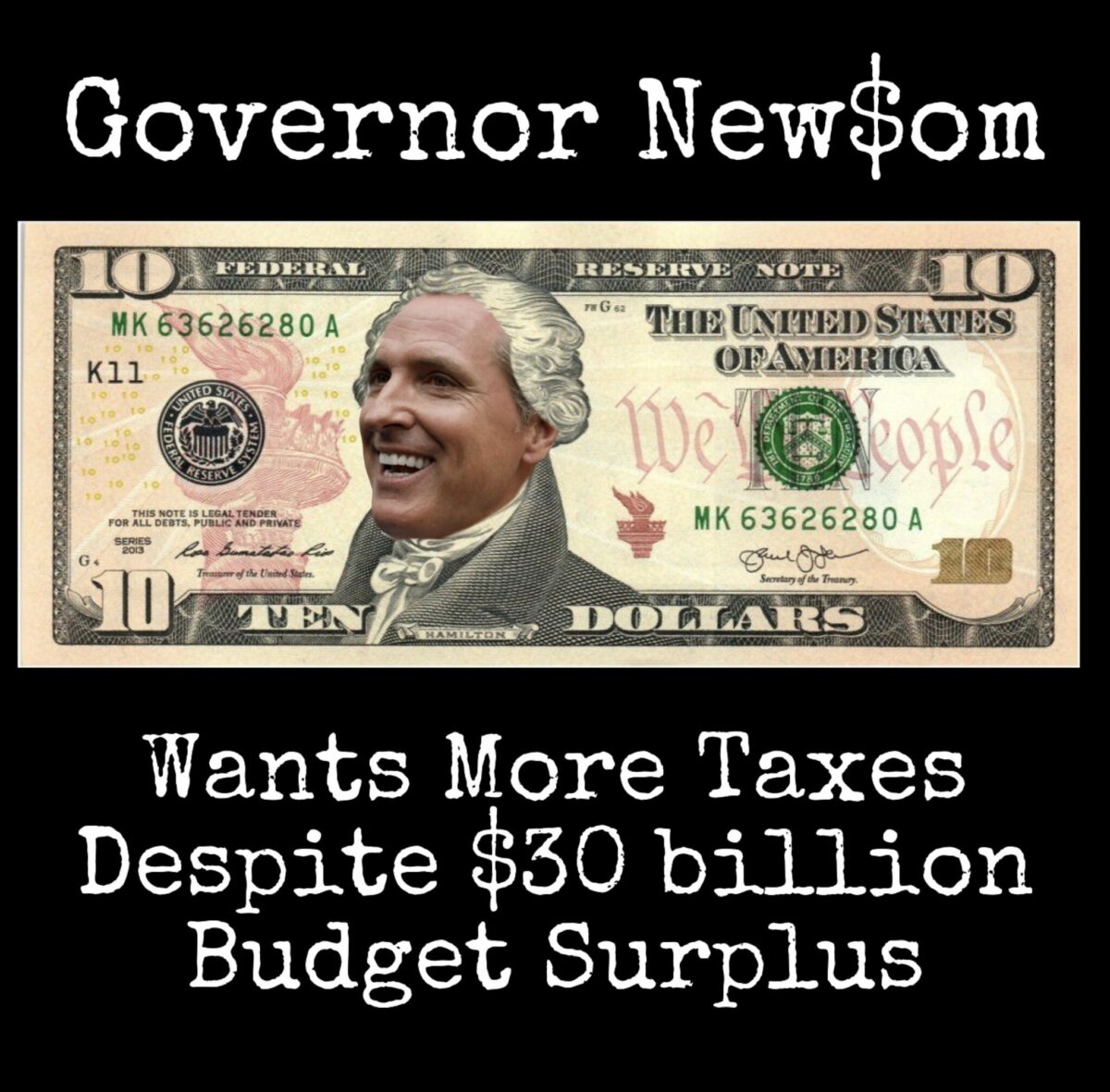 SACRAMENTO- Yesterday Governor Newsom proposed a new tax on California water customers up to $10 a month to pay for what tax payers are already paying for-clean water. Despite inheriting a record $30,000,000 budget surplus from Jerry Brown, Newsom (who was conspicuously absent as lieutenant governor for most of Brown’s tenure) now wants $140 million more from California tax payers and businesses like dairy farms. The taxes on those businesses will surely be passed on to the consumer as well.

Newsom said there’s one million people in California who can’t “drink or bathe in their water” because of contamination. However, there are already laws against that with some of the strictest environmental laws and penalties in the nation meant to address and prevent such conditions. Why the infrastructure of such water systems, primarily in the Central Valley, were allowed to decline on his watch as lieutenant governor over the last 8 years is a question he has yet to address. Then again what’s ten more dollars a month to a guy who has $20,000,000 and doubled his net worth while serving as lieutenant governor?

This proposed new tax comes on the same day he asked for more money to address homelessness despite already having $500 million for the issue. He was joined in that effort in a press conference of mayors from several cities. Noticeably absent was Mayor Michael Tubbs of Stockton, which faces some of the worst issues with homelessness in the nation. A problem that had increased on Tubbs’ watch with no solutions or meaningful action in sight despite him campaigning on the issue for mayor in 2016.