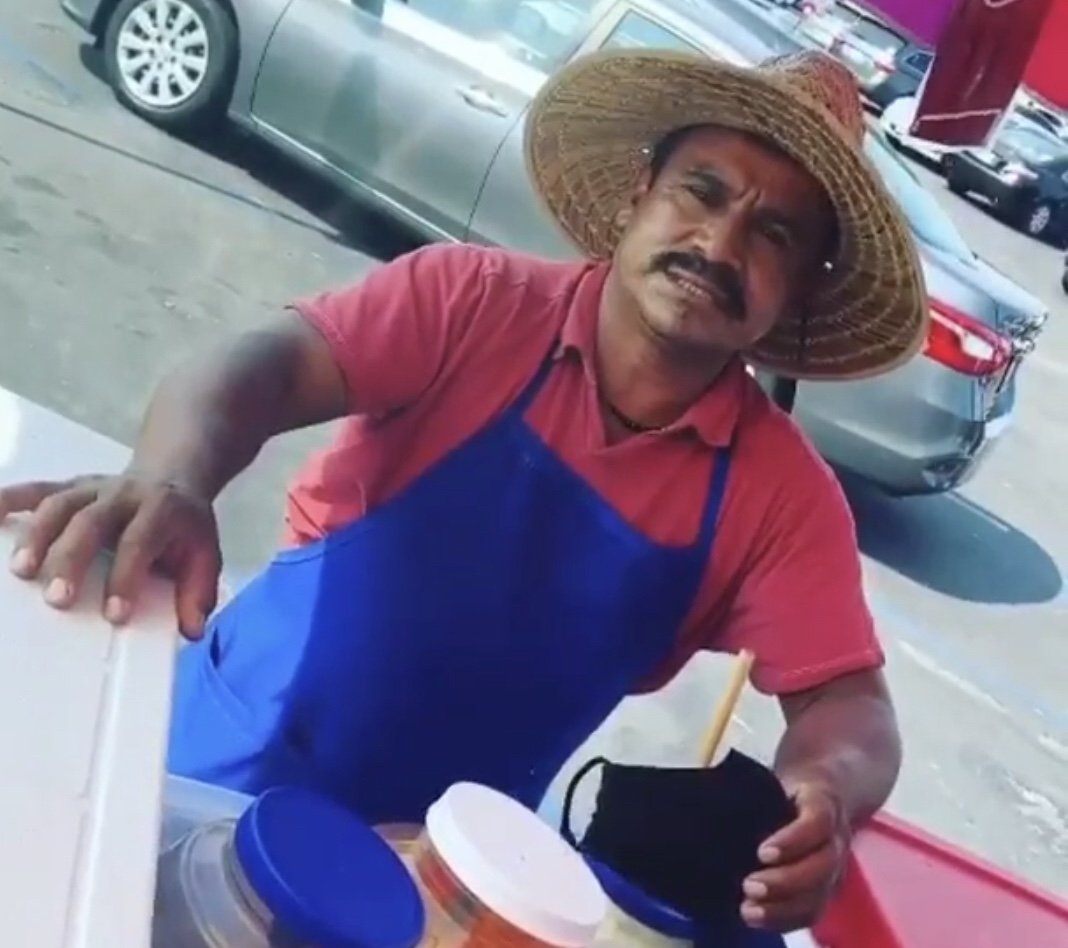 STOCKTON- On July 10th of this year we posted a story sent to us by a security guard, Dean Irfaan, at Burlington Coat Factory on Hammer Lane. He brought to our attention that a Mexican elotero or corn vendor was robbed by two black suspects who pepper sprayed him and took the only $20 he had on him. He set up a GoFundMe page that we shared. In just a few days it raised over $6,000. Now a month later the man who was robbed, Alberto, says he was not only never paid the $6,000 donated to him, but the security guard, who is Fijian, took $150 from him to set up an account.

We reached out to Dean who says he no longer works at Burlington as a result of helping Alberto. According to him he paid Alberto the $6,000, but also says the bank account was in his and his wife’s name and that all of his communication was with Alberto’s nephew. When we asked him for evidence all he could provide was a crew shot of an e-mail that GoFundMe shut down the donation page due to complaints and people asking for refunds after word started getting out that Alberto never received the donations made in his name.

In July this was Alberto thanking everyone for support a day after being robbed as people were making donations. It was recorded by Irfaan who says it is evidence that he recover the money, but we posted it the day after the incident as a way to bring attention to the GoFundMe so people could donate.

Irfaan’s Instagram account that he reached out to us with to report the robbery has been changed to private as he says he has been receiving threatening messages.

Dean denied all allegations, but has provideD us no evidence other than the email from GoFundMe which itself says he did not cooperate with their requests and shut the page down. To further complicate the situation an unnamed woman sent us a message when we first posted the story complaining that the elotero was sexually harassing women and even offered to “buy” her daughter. When we asked her for proof or evidence of a police report the person responded they “don’t have time for that”. Now Dean is saying that several people approached him with the same complaints and that he told Alberto after he “paid him $6,000” that he wouldn’t help him anymore because he believed the allegations were true.

We have yet to receive any evidence Alberto was ever paid the more than $6,000.