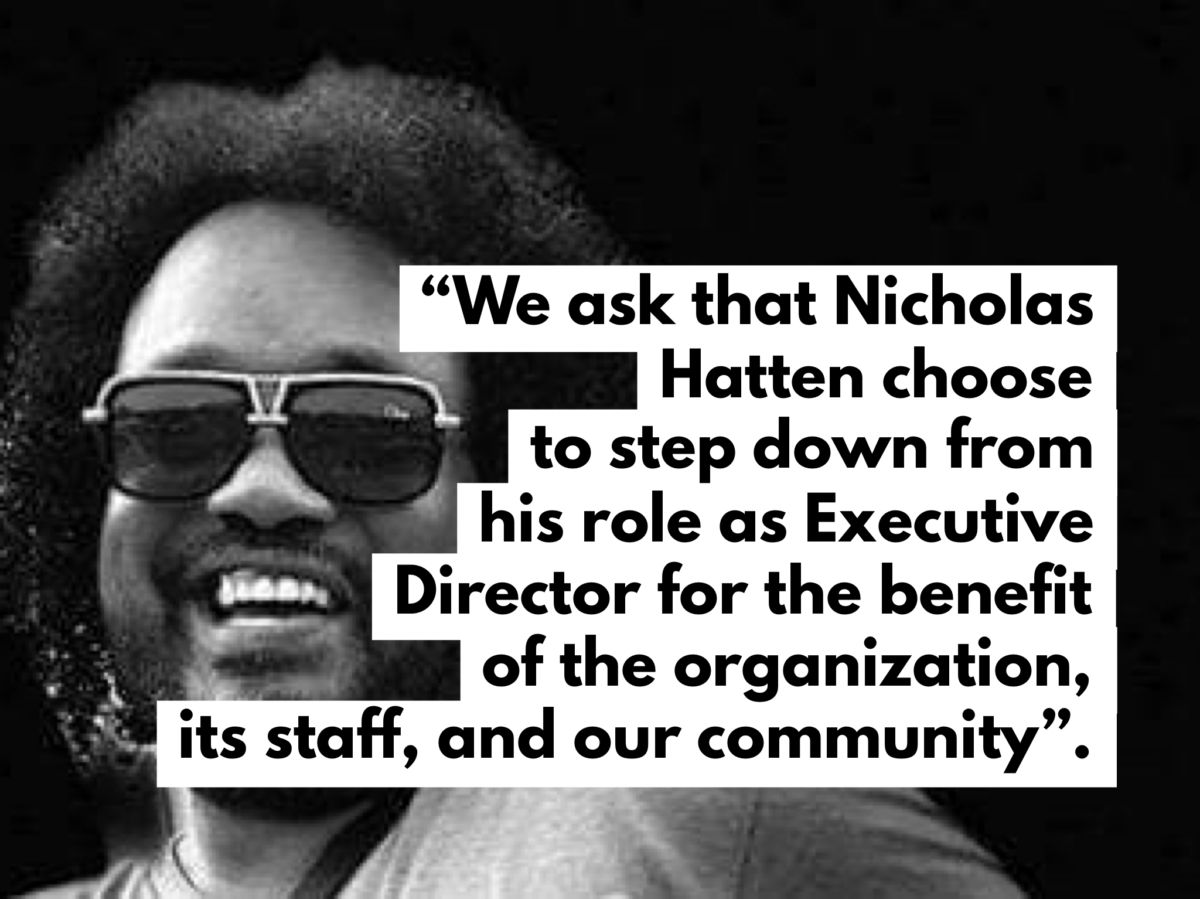 STOCKTON- Staff members of the San Joaquin Pride Center have issued a letter of No Confidence in their director Nicholas Hatten to the organization’s board of directors. In the letter along with a six page listing of serious transgressions and allegations there are bombshell revelations of abuses that not only contradict the mission of the center, but also violate state and federal employment laws.

The staff members met with the board Tuesday night to communicate their grievances and demand the resignation or removal of Hatten of whom they say, “ We believe that SJPC’s finances, staff, interns, and the community it serves have suffered under its current leadership”. They demand, “If Nicholas chooses not to step down, we urge the board to vote to have him replaced and to appoint an Interim Director and Operations Manager.”

These revelations expand on and confirm what many critics of Hatten have been saying for years. He has consistently used the Pride Center as an auxiliary for political activities along with its founder Assemblymember Susan Collette Eggman who uses the alias Talamantes. On several occasions both have accused any critics of their policies and actions as “homophobic” under the auspices that because of the Pride Center they represented they LBGT community. However, every time an attack has been launched it has been for political purposes. The most recent example was Hatten issuing a “press release” as the SJ Pride Center falsely accusing Chicano community activists Motec Sanchez of Stockton and Patricia Alvarez of Tracy of creating a blog page that was critical of Tracy city council candidate Dan Arriola for being gay. Both Sanchez and Alvarez denied any involvement and denounced the blog while requesting their names be removed from the false accusations. Hatten refused, instead using it as an opportunity to hold a political rally for Arriola in Tracy as well as attack Stockton council woman Christina Fugazi for being supportive of Sanchez. Fugazi also just happened to be running for re-election against Dyane Burgos, a SJ Pride Center Board member whom Hatten was campaigning for. To see LGBT staff members now document incidents where Hatten has been witnessed engaging in the very homophobia he has accused political rivals of is very revealing.

The issue of financial mismanagement is also not the first time Hatten has had such a problem. As the chair of the local Democratic Party at the time, the treasurer Dyane Burgos under his watch had the organization fined $12,000 by the Fair Political Practices Commission for their failure to disclose required financial statements. The staff of the SJPC are now calling for an audit of all funds for the last three years, which includes a $1.18 million grant they received in 2017. Allegations also include that the organization’s funds, in addition to having no money to pay staff for work performed, has even been overdrawn from the bank. In one instance employees were told by Hatten they wouldn’t be getting paid for up to a month and when they communicated they had rent to pay Hatten told them to “just take a 30 day eviction notice”.

In perhaps the most shocking revelations, staff attest to Hatten dismissing concens with a staff member being targeted by an older volunteer, making them feel very uncomfortable, as “older men hitting on younger men is just part of gay culture. Get used to it” as well as his making disparaging misogynistic remarks about transgender individuals, “He then said taking hormones makes transgender people like Chuckii unstable, irrational, and angry, ‘like a woman on her period.’ He said the last part while looking directly to Alex, someone who works while on their period. Both Alex and Ernesto feel his comments were transphobic and sexist, as if Nicholas believes transgender people and cis women are less fit to work than cisgender men like himself. It should be noted that there is currently a transgender man on staff, who takes hormones”. He also asked a staff member to lie for him as a witness to him causing a car accident, essentially breaking the law with a false report.

During the meeting on Tuesday, video was taken of Hatten making excuses while admitting to “flaws”, but saying he’s “evolved”. 209 Times has obtained a copy of that video shown in part here. In the video Hatten has his back to the camera and when staff confronts him about his forcing them to participate in political activities against his rivals as “focusing too much on outside distractions”, Hatten responds , “ those outside distractions is how we get our funding”, basically admitting to charges IRS complaints have been filed on in the past, that he commingles the nonprofit with political activities, which is illegal and can cost the San Joaquin Pride Center their charity status, essentially putting them out of business.

Letter of No Confidence and Documented Transgressions: