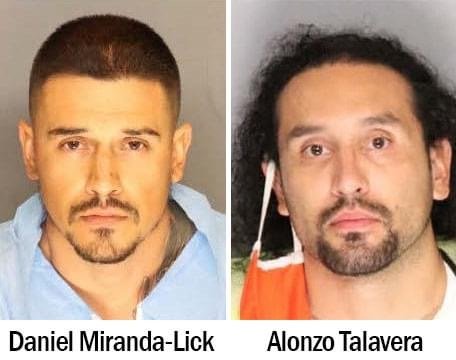 SAN JOAQUIN COUNTY- The District Attorney Tori Verber Salazar has announced new charges for Daniel Miranda-Lick who is already in jail for a homicide in Tracy.

According to the DA, “on January 13, 2020, Stockton Police officers arrived at 1030 E. 7th Street for a reported shooting. The victim, Ricardo Saldana, age 36, was found in the front yard suffering from a gunshot wound. He was rushed to the hospital where he later died from his injuries. The victim’s wife indicated that two or three males approached the residence and her husband confronted them. Several minutes later he called to her for help and she ran outside to find that he had been shot.

Stockton homicide detectives conducted a thorough investigation and discovered surveillance videos that aided in identifying the perpetrators. The alleged motive behind the shooting was a planned robbery. A third defendant has been charged with the actual murder of Mr. Saldana and will be arraigned at a later date”.

Their next court date is August 17, 2020 at 8:30am for further arraignment. Bail is $100,000 for Talavera and no bail was set for Miranda-Lick as he is currently charged with the separate murder of Jorge Flores in Tracy.

He was arrested June 17th after Flores died of injuries sustained in a hotel lobby during a fight and stabbing that started at the bar on Pavilion Parkway. According to sources Miranda-Lick posted the aftermath of the assault on Flores on his Instagram account as he lay unconscious. Witnesses also say Flores had stabbed people at the bar preceding Miranda-Lick pursuing him to the hotel lobby.

Just a week prior to that incident Miranda-Lick was hailed as a hero after helping another stranger rescue a woman who crashed her vehicle and landed in a watery ditch near Tracy.