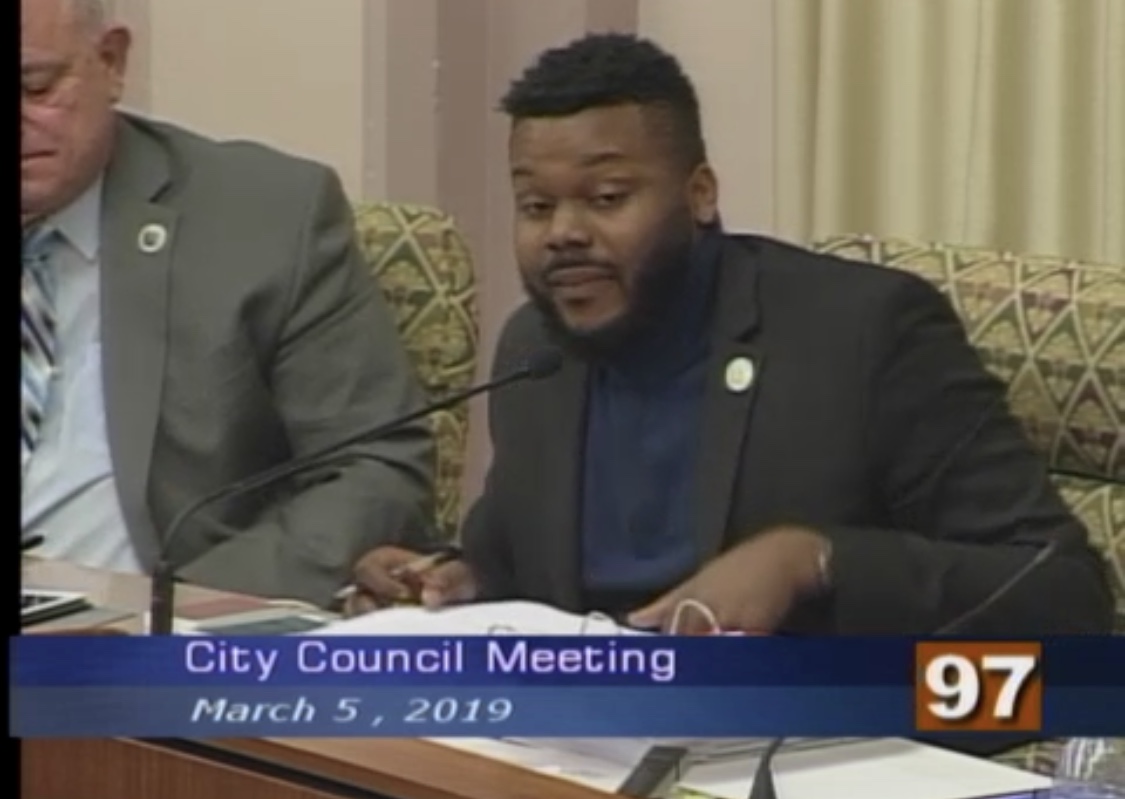 STOCKTON- A week after cutting off speakers from Black Lives Matter during public comment and mocking a woman as mentally ill as she was being escorted out at his request, Mayor Michael Tubbs gives a half hearted apology from the dais. During last week’s city council meeting Stockton resident Kathleen Gapusan, an elderly disabled retired nurse, became upset by Tubbs’ rudeness towards members of the audience. As a result she began lambasting Tubbs from the audience leading to the mayor having her escorted out by security. As she was being escorted out Tubbs repeatedly exclaimed, “next week take your meds” implying to was mentally ill.

Tubbs apologized to her briefly before the meeting after a week of criticism from the public. However, Gapusan still spoke out.

But some felt a private apology was not enough and demanded he apologize publicly in the same fashion he mocked her.

At the end of the meeting he conceded by announcing he apologized as he nervously fumbled through paperwork, rather than actually addressing her from the dais.

Afterwards Gapusan said she is looking into the possibility of suing Mayor Tubbs for defamation and discrimination.

P. S. Yes that’s a track suit underneath his blazer.